A white sandy beach, palm trees and colorful boats on a crystal sea – West Bay is an enchantment. But the spectacle is at its finest underwater: multi-colored coral cascading in the deep blue water, parrotfish in abundance, shoals of tang and several species of angelfish, and all in exceptional visibility. West Bay is a must for snorkeling in Roatan, and certainly one of the most beautiful snorkeling locations in the Caribbean.

How to go snorkeling in West Bay?

At the far west of the island, a 30-minute drive from the airport, West Bay is the main seaside resort in Roatan, where most of the luxury hotels are concentrated. If you stay in West Bay, you’ll have the spot accessible from the beach.

If you are staying in West End, the easiest way to reach the spot is to take a taxi boat (departures from the jetty opposite the Splash Inn Dive Resort, well signposted). Once you have reached the beach, walk towards the south (to the left as you are facing the sea) to the water entrance points (see below).

Snorkeling from shore is restricted to the southern part of the bay, with two easy access points. Entry point 1 is directly in front of the Grand Roatan Resort, with several buoys in place to mark the safest route; entry point 2 is just to the left of the jetty (facing the sea), in front of the Infinity Bay Spa and Beach Resort.

All areas to the north of the jetty are subject to intense vessel activity all day, and it would be unsafe to venture into this area, unless in marked swimming areas.

West Bay is located at the western end of the island and is in a north to south orientation.  A coral reef stretches over the length of the bay but is closest to shore in the southern part of the bay.  The reef edge is between 100 and 200 meters from shore in the most accessible areas.

As soon as you are in the water, you will be greeted by dozens of sergeant major and Bermuda chub (↕2-4ft/0.5-1m), which are apparently used to being fed. Carry on moving out to sea. Around ten meters from the beach, the first coral clusters appear and grow denser as you move away from the shore (↕4-9ft/1-3m). A large number of parrotfish, surgeonfish, and butterflyfish live in these areas.

As you move even further from the beach, you will soon come across the particularly spectacular reef drop-off (↕12-32ft/4-10m). The reef is covered with sea fans and plunges abruptly down toward an immaculate sandy seabed. A number of parrotfish species are abundant on the drop-off, as are butterflyfish, always seen in couples. You might also come across gray angelfish and French angelfish or the sublime queen angelfish, which is more timid, however.

Swim closer to the small rocky islet and the small black rock cliff that marks the western limit of the beach. In this zone, known to divers as “West End Wall”, you will have the best chance of spotting a sea turtle. Among the dozens of species that you could see in this spot are the barred hamlet, the royal gramma, or the elegant midnight parrotfish.

Here the sea is generally very calm, with a total absence of waves. Visibility is also exceptional. As the spot is extensive and particularly pleasant, you should protect yourself from the sun since you are likely to spend longer in the water than you first planned. On the reef front, there are sometimes dive boats, so be careful.

Snorkeling tours (2 to 4 spots, $15 to $45 per person) are organized, taking you to the spot by boat, even though it is only a few meters from the beach, which might make you think you have wasted your money. Discuss with the excursion organizer which spots you want to visit beforehand.

Two resorts are located immediately adjacent this stretch of beach; The Grand Roatan and The Infinity Bay Spa and Beach Resort. 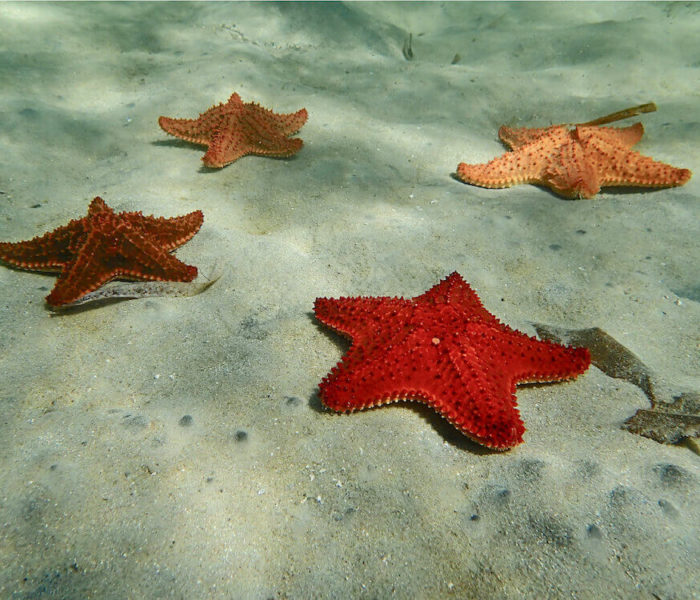 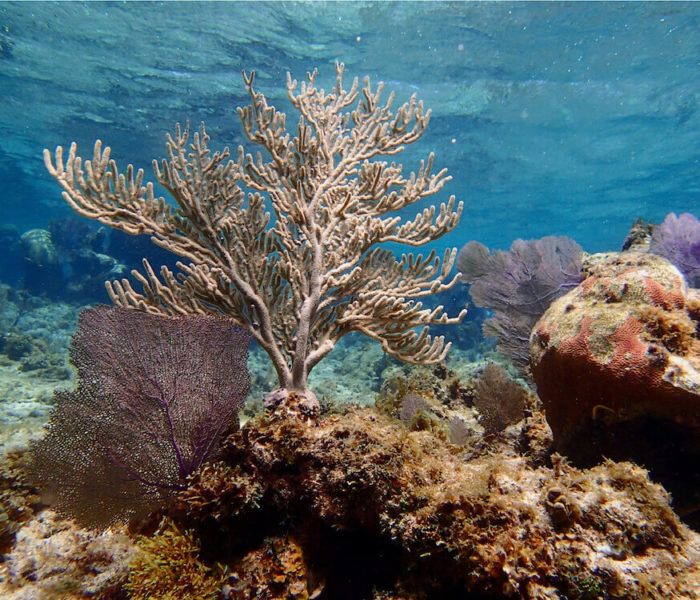 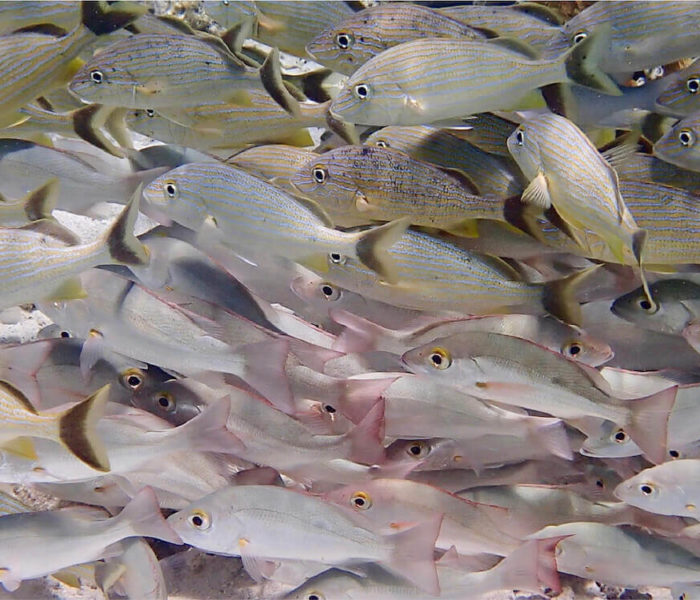 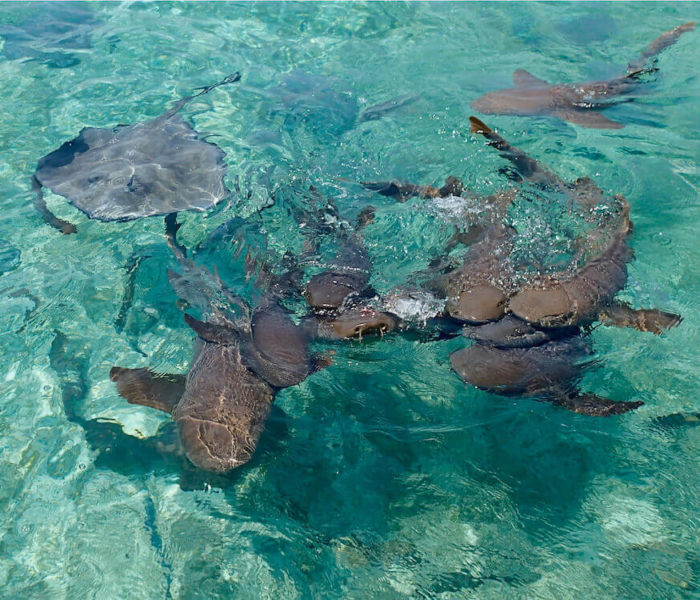 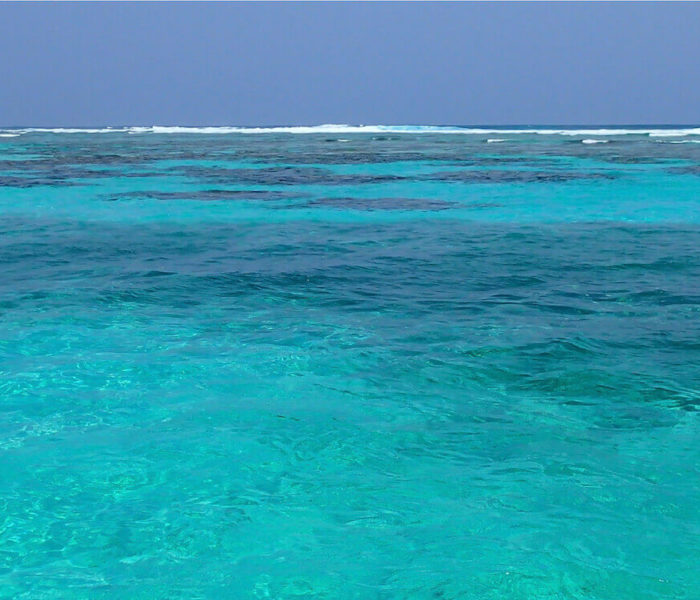 Shallow coral gardens with many fish 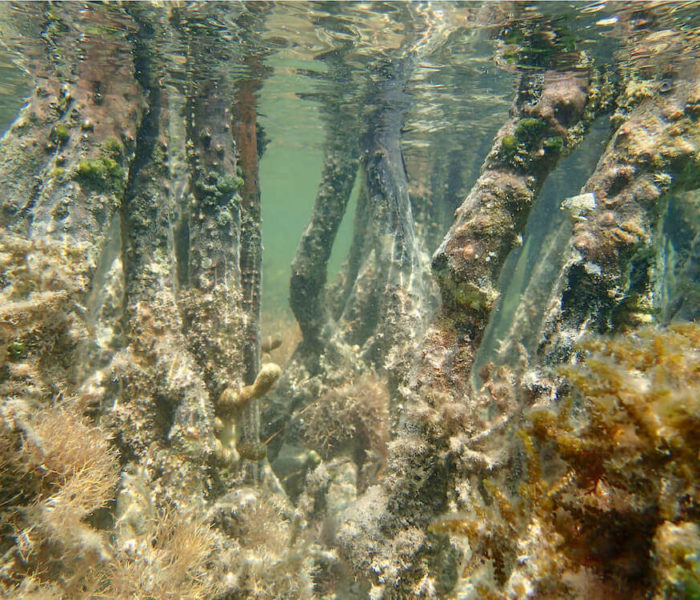 see all spots in Roatán