Located on the Egyptian Red Sea coast, the Utopia Beach Club boasts a nice house reef. Opposite the hotel’s beach stretches a preserved coral reef, interspersed with a pass, which can be snorkeled from the shore. On its drop-offs and reef flats, you will encounter angelfish, lionfish, stingrays, moray eels, tentacled flathead… among hundreds of other colorful species.

How to get to Utopia Beach Club snorkeling spot?

The Utopia Beach Club Hotel is located near El Quseir, a coastal town in eastern Egypt. It is less than an hour’s drive from Marsa Alam Airport and approximately 3 hours by bus / 2 hours by car from Hurghada Airport.

Access to this spot is reserved for guests of Utopia Beach Club and Pensee Royal Garden, the neighboring hotel, who share the same beach.

The reef flat (zone 1 on the map) is accessible directly from the hotel beach. This area is to be explored at high tide, when there’s enough depth on the reef.

To explore the drop-offs (zones 2 and 3 on the map) enter the water through the pass to the left of the jetty, where a few boats are moored. Then follow the reef edge to the right or left.

1 / The reef flat found in front of the hotel beach.

This shallow area (↕2-3ft/0.5-1m), covered with coral, is interspersed with several pools “dug” into the reef. It is the ideal location for beginners, as the sea is generally very calm here. Many fish can be seen here including butterflyfish, pufferfish, and damselfish.

After entering the water from the pass near the pontoon, follow the reef edge to the left or to the right. Take into account the current, predominantly north-south. The drop-offs, which form the outer part of the reef, are home to the most spectacular underwater life at this spot. They are covered with rather well-preserved corals, in which are hidden colorful maxima clams.

As you explore the drop-offs, you will come across many colorful fish, such as the Red Sea bannerfish, several species of butterflyfish, the emperor angelfish, and the regal angelfish. Broomtail wrasse, Arabian Picasso triggerfish, and Sohal surgeonfish are also common here, among dozens of other species.

In sandy areas, where lionfish are abundant, you may also be lucky enough to encounter a bluespotted stingray or a tentacled flathead.

The Utopia Beach Club and the Pensee Royal Garden are the only two hotels located in the bay, in front of the spot. 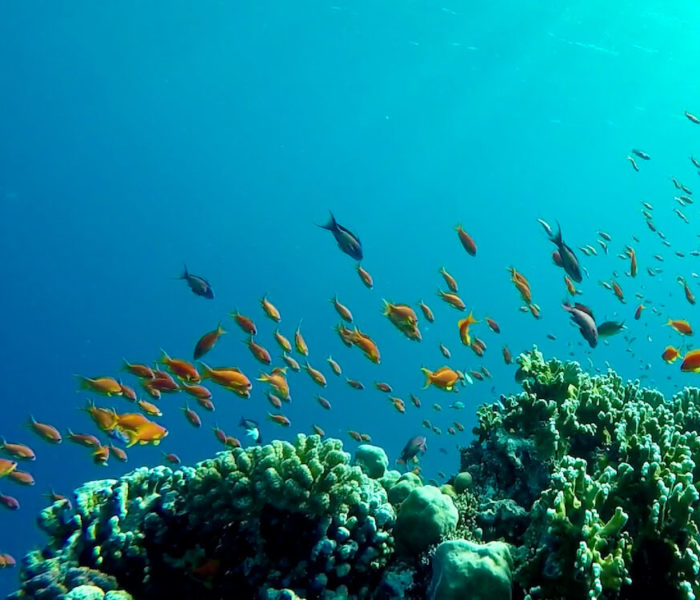 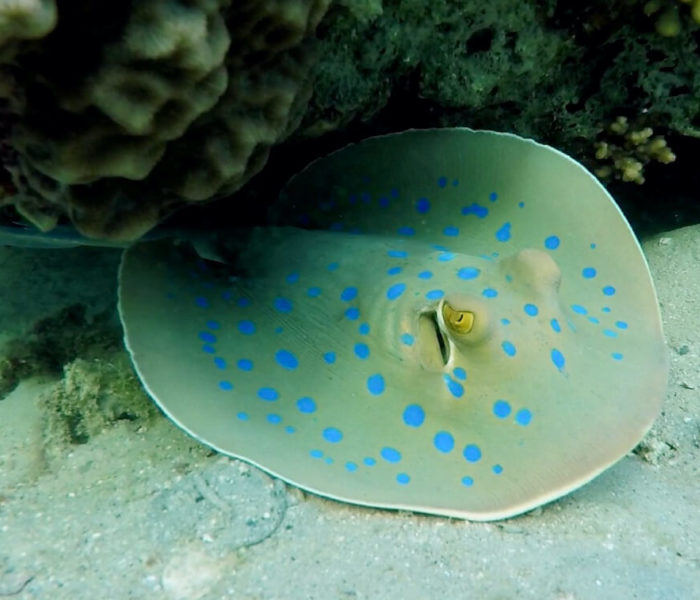 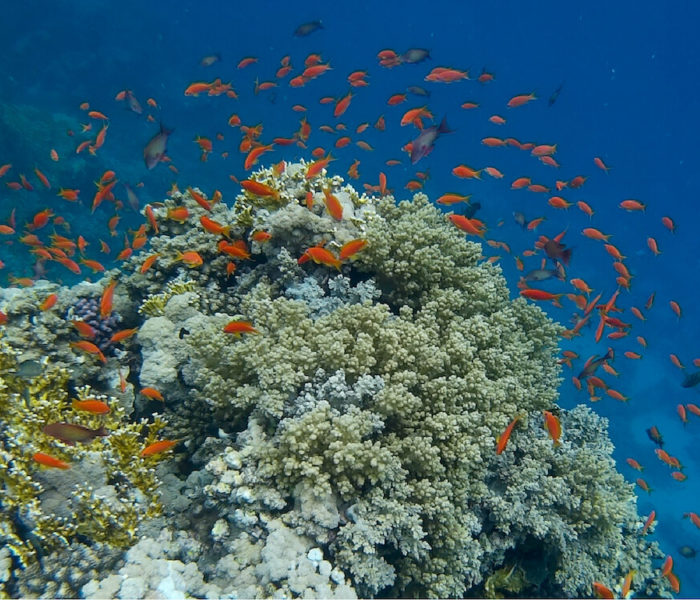 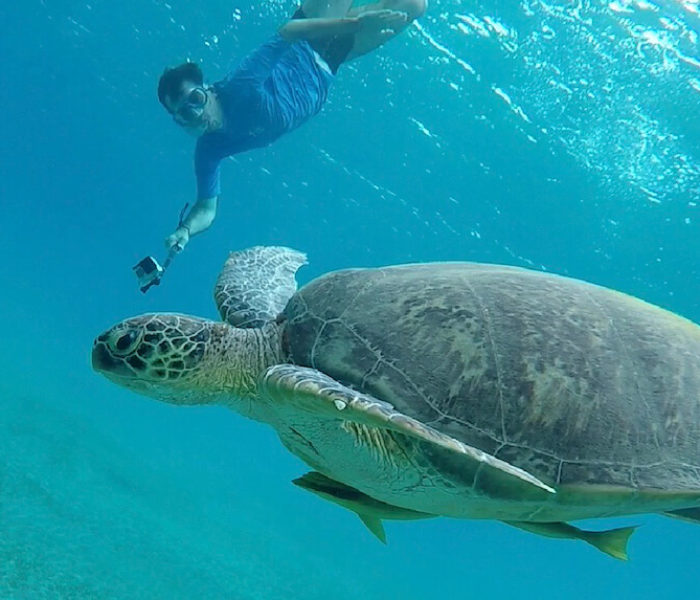 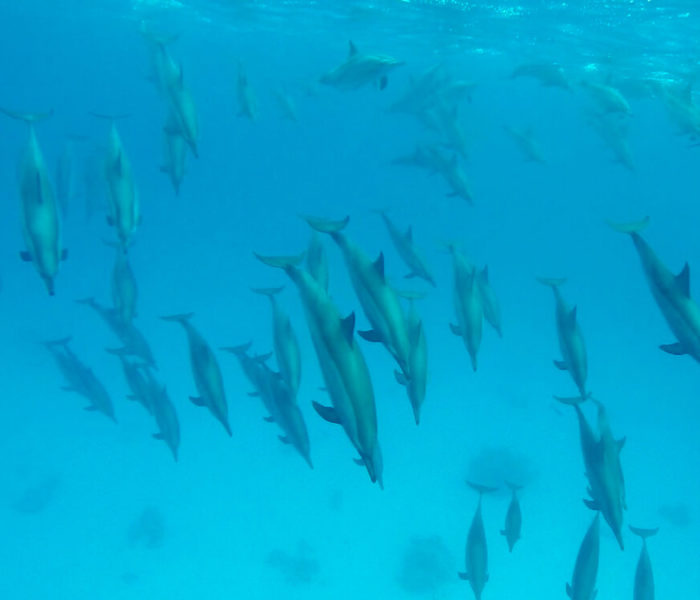 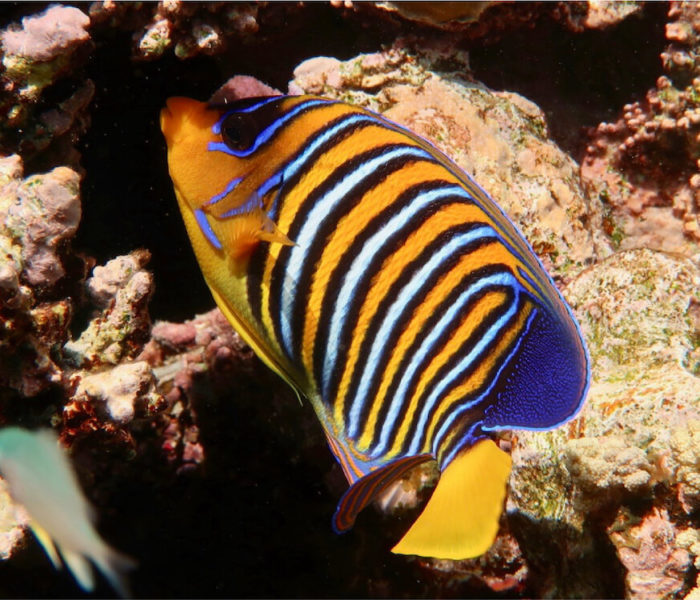