Chileno Bay is one of the most popular snorkeling spots in Cabo San Lucas area. The rocky outcrops to the south of the beach create some spectacular underwater scenery, with many sand gullies between vertical rock walls, very large boulders and overhangs. Extensive areas are covered in corals, although not generally in brilliant colors. The fish life is varied and often abundant with one of the special features of the area being the easily observed porcupinefish, pufferfish, and boxfish.

How to go snorkeling at Chileno Bay

Chileno Bay (or Playa Chileno) is situated close to the most southerly location on the Baja California peninsula, halfway between Cabo San Lucas and San Jose del Cabo. The reef is accessible from a public beach, or from the beaches of the Chileno Bay Resort and Residences.

Four entry/exit points are suggested, listed 1 to 4 on the map. Each gives access to slightly different habitats. If you explore this spot from the public beach (location 1 on the map), the best point to enter is just to the left of the rocky outcrop.

Entry point 2 is only accessible at the top of the tide (at low tide, you can reach this area by swimming from the public beach).

Chileno Bay has a mainly rocky seabed, with some boulders and nice coral patches, although not very colorful.

The right-hand side of area 3 has some of the most impressive coral cover, while area 4 has the most spectacular rock and gully formations, with corals, sea fans, and, reportedly, whitetip reef sharks. Around 50 fish species can be easily observed at Chileno Bay’s reef. The fish are evidently fed in the public beach area, as they swarm around you on entry.

The king angelfish, Cortez angelfish, blacknosed butterflyfish, and yellow longnose butterflyfish are among the most colorful species you may spot in Chileno Bay. The Cortez rainbow wrasse, the sunset wrasse, and the Panamic sergeant are particularly abundant around the boulders.

Some schools of yellowtail surgeon and convict tang also occur on the reef, feeding on the small algae growing on the rocks. When looking into the rocky crevices or below the outcrops, you may also spot a Panamic green moray, the biggest moray eel species in the Eastern Pacific.

Visibility is strongly influenced by periods of rain, with some considerable land run-off in streams both north and south of the resort. The heaviest rainfall period is between August and October.

This spot is the Chileno Bay Resort and Residences house reef. There are some other accommodations and restaurants in the area. 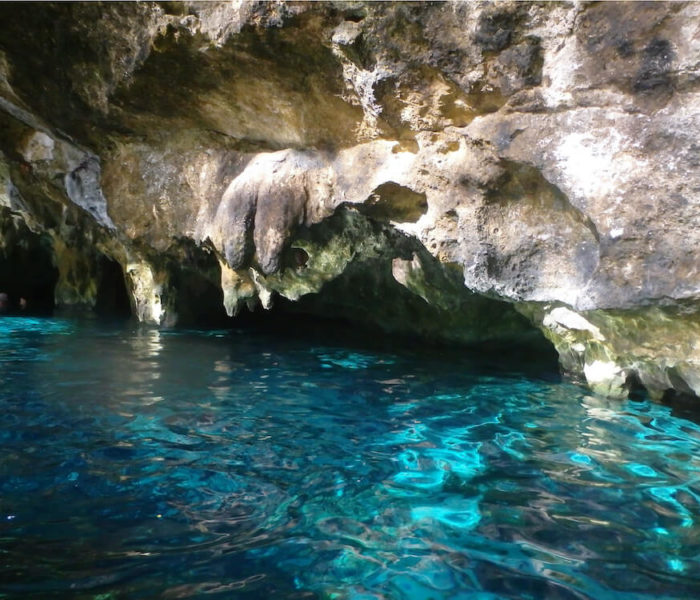 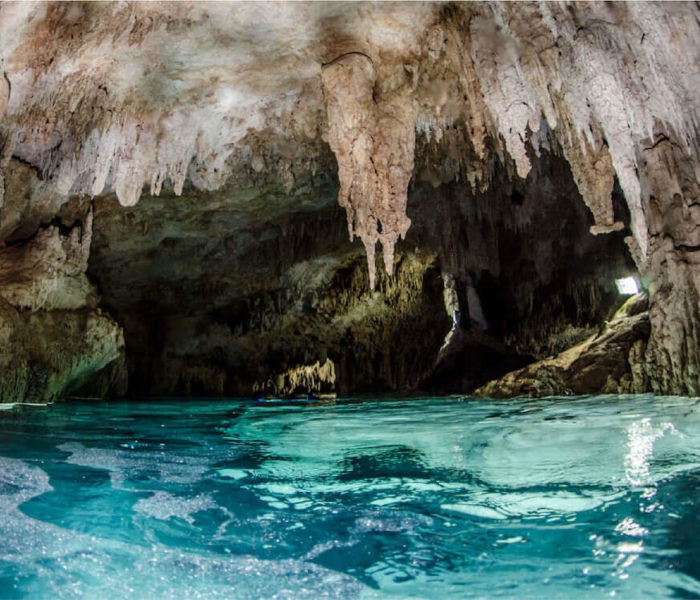 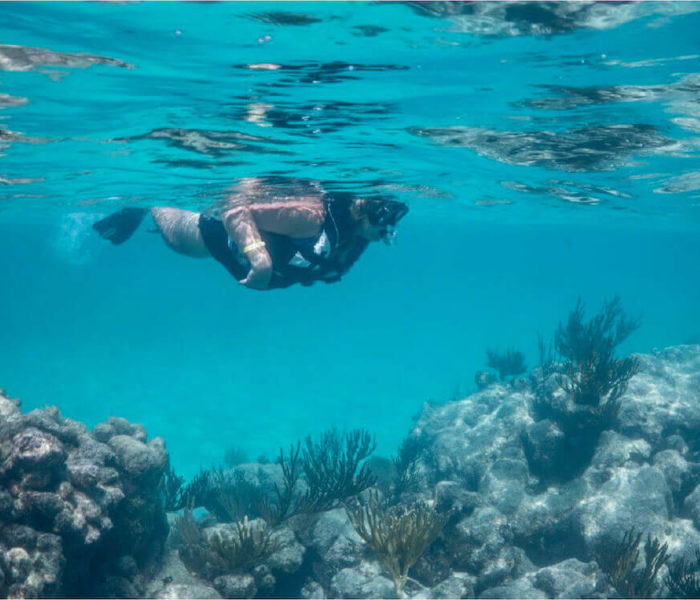 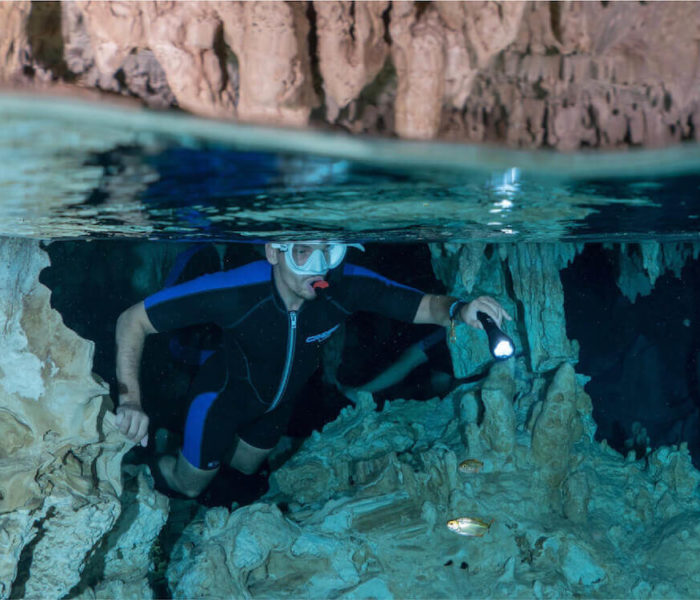 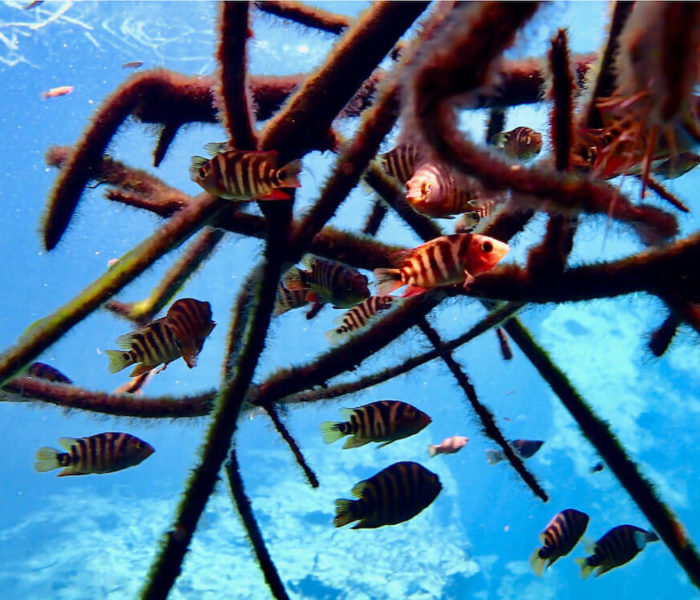 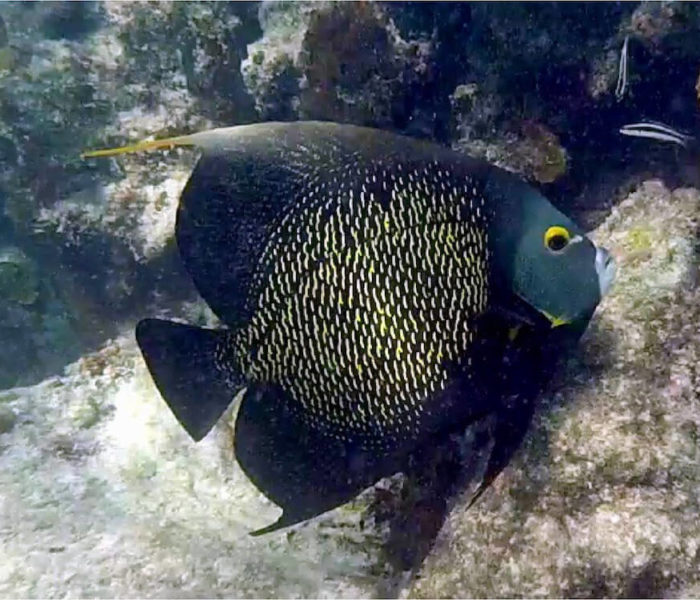 see all spots in Mexico