Kicker Rock (León Dormido – « the sleeping lion », in English) is a jagged rock that towers above San Cristóbal Island’s northern coast. It is one of the most symbolic landscapes of the Galápagos archipelago. This mythical diving site, well-known for its schools of hammerhead sharks, can also be explored from the surface using fins, mask, and a snorkel. Along the breathtaking sheer cliffs often shrouded in blue mist you might encounter green turtles, schools of angel fish, and various species of sharks.

How to get to Kicker Rock?

Most visitors to the island get to Kicker Rock on a day trip from San Cristobal island. Two boat tours are usually offered. The first tour includes only a boat ride and snorkeling stop around Kicker Rock, followed by a walk/relaxing moment on a nearby beach (Puerto Grande, Cerro Brujo or Manglecito depending on the day and the authorization given by the National Park). The price ranges from $140 to $150 per person. The second tour, called the “Tour 360”, offers a total circumnavigation of San Cristobal Island including a snorkel stop at Kicker Rock for about $180/person. Both tours include fins, mask, snorkel, and swim suit, as well as lunch aboard the boat. Some tours combine snorkelers with divers; others only dedicated to snorkeling. Be sure to inquire when booking.

It is not possible to disembark on the small island. Drop offs must be made from a boat.

You must be accompanied by a guide of the National Park to snorkel at Kicker Rock. Located offshore, this spot is very exposed to waves and currents. Depending on sea conditions, your guide will decide which area to explore, favoring calmer parts of the site. When the seas are calm, you can venture into a few-meter-wide channel (↕6m/20ft) that crosses the rock, and even swim back out to the other side. Visibility on this site varies a lot depending on currents and sea conditions.

Because the rock faces are practically vertical, the water level is very high around Kicker Rock (↕10-35m/32-115ft).

Stay close to the faces. While swimming along them, you will find a great variety of small organisms which have colonized the underwater parts. Corals, sponges, and gorgonians in blue, red, or yellow tones are encrusted on the rock (↕0-2m/0-6ft). orange cup corals (tubastraea coccinea) are large-polyp stony corals. They usually colonize large surfaces and are particularly photogenic. In the crevices, you will also find red pencil urchins, little starfish, and even purple sea anemones. As you swim along the faces, you can sight redspotted hawkfish and giant Forster’s Hawkfish stationed on rocks or Mexican hogfish and razor surgeonfish. All around the small island, you will come across Galápagos green turtles – frequent visitors to the site. Meanwhile, hundreds of scissortail chromis, groupers, and dozens of king angelfish gather in the calmest corners of the site, including channel entrances.

Although Kicker Rock is universally known for its schools of hammerheads, whitetip and blacktip sharks, encountering them while snorkeling is relatively rare. The luckiest ones might be able to spot, from the surface, dozens of sharks stationed in schools beneath the waters – generally on warm water days, when visibility is excellent. However, most snorkelers at Kicker Rock will have to settle for glimpses of individual sharks racing by at the bottom.

Due to variable sea conditions, occasional limited visibility, and the depth of the spot, we do not recommend it for children and beginners.

Day-tours to Kicker Rock include lunch served aboard with fresh fruits and beverages. 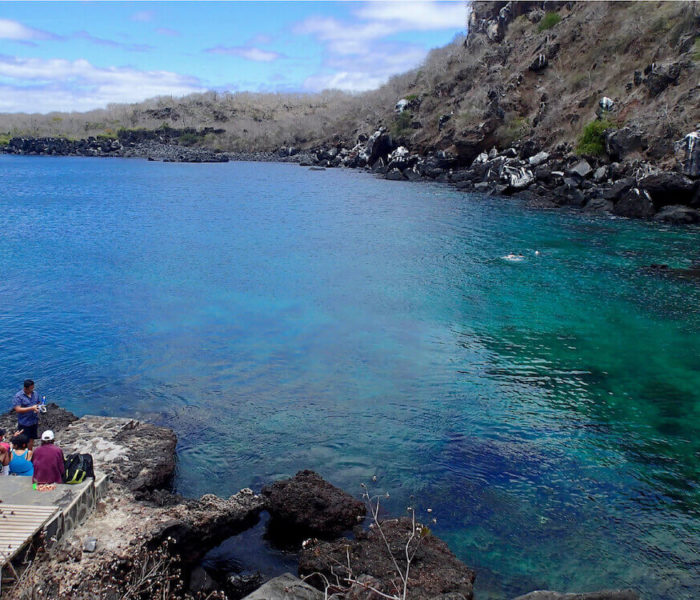 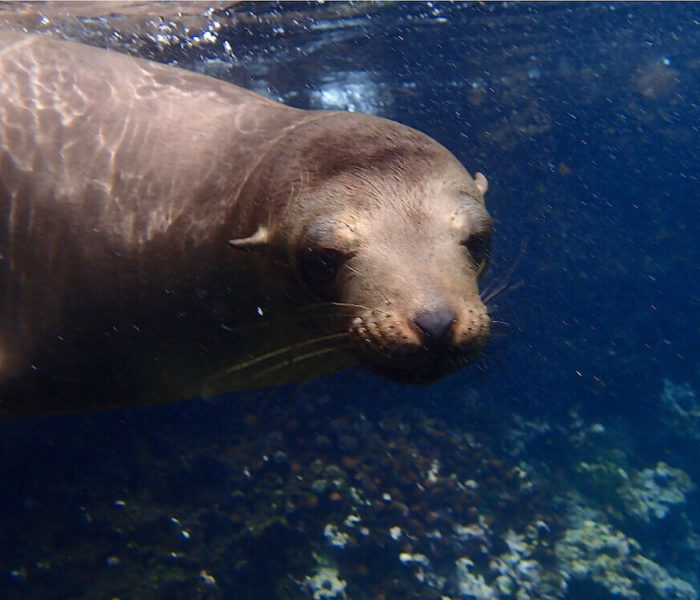 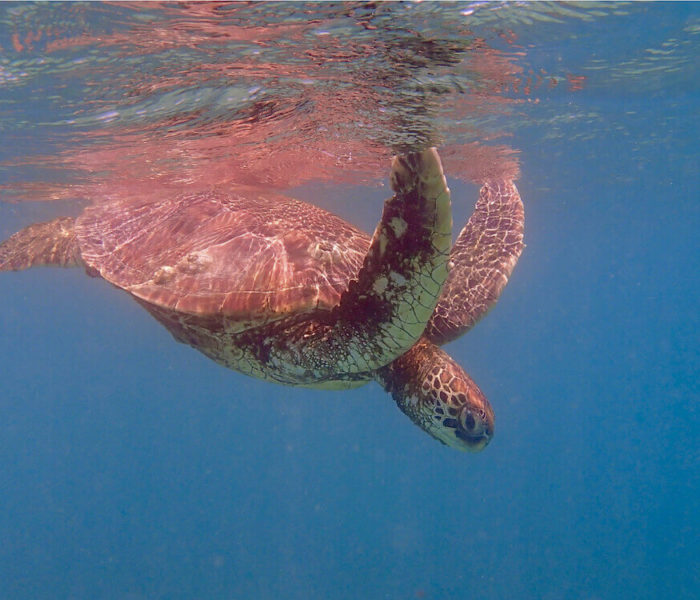