Grande Anse is a lush beach bordered by coconut palms, which marks the beginning of Réunion’s “Sud Sauvage”. Here, the coast has no lagoon and is battered by the swell. However, a rocky pool has been set up south of the beach, allowing bathing in complete safety. Relatively small and shallow, the pool nevertheless hides a rich and colorful underwater life. Butterflyfish, surgeonfish, giant clams and morays, in particular, are easy to spot here.

How to go snorkeling at Grande Anse rocky pool

Grande Anse beach is located in Petite-Île, on the south coast of Réunion Island. The beach is well signposted from the main road. From Saint-Pierre and Saint-Joseph, allow around 15 minutes by car to reach the site.

A large car park has been set up along the beach, but it quickly fills up on weekends and during school holidays. Once on the beach, you will easily see the pool, slightly to the left.

We suggest you get in the water at the foot of the small wall that separates the beach and the pool. Choose a place where there are not too many rocks. Do not get in the water if there is too much swell or waves in the basin.

In Grande Anse, snorkeling is only possible in the natural pool which has been set up south of the beach, protected by rocks. Elsewhere, swimming is far too dangerous, both because of the sea conditions (the ocean is rough on the south coast of the island) and the risk of shark attacks.

The pool measures approximately 120m long and 35m wide. The depth does not exceed 5ft/1.50m. Despite this very small size, it hosts an unsuspected and fascinating little underwater world.

Near the shore, you’ll snorkel above a bare reef flat (↕2-3ft/0.5-1m), on which surgeonfish and butterflyfish graze small algae. After about ten meters, you’ll begin to discover a multitude of very preserved coral (especially branching coral).

In places, they are home to giant clams. It is here, around the reefs, that you can see many species of fish. Damselfish, goatfish, raccoon butterflyfish, trumpetfish, Vanikoro sweeper, and wrasse are very easy to see. Moray eels also hide in the reef.

Near the rocks, visibility is often poorer as the waves create “clouds” of bubbles in the basin when they break.

There are several snack bars along the beach, which offer snacks and sandwiches. The Palm Hotel & Spa***** overlooks the beach of Grande Anse. 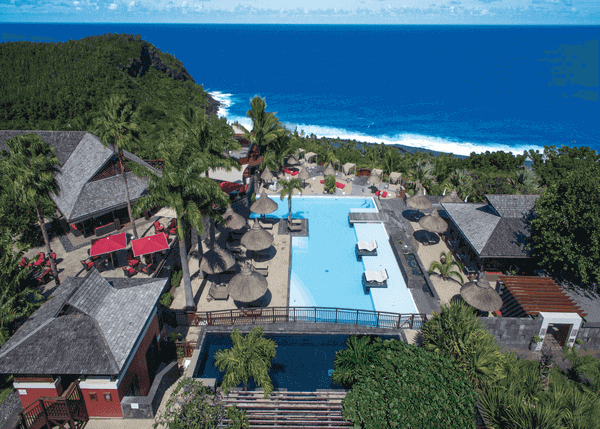 The hotel features spa facilities and 2 outdoor pools, one of which is heated. It has 3 restaurants with panoramic views and is located just 10 minutes’ drive from the city of Saint-Pierre. Also provides a beach area with a steam room and whirlpool, facing Piton Grande Anse. Saint-Pierre Airport is 25 minutes’ drive away and the hotel has free private parking. Couples in particular like the location. 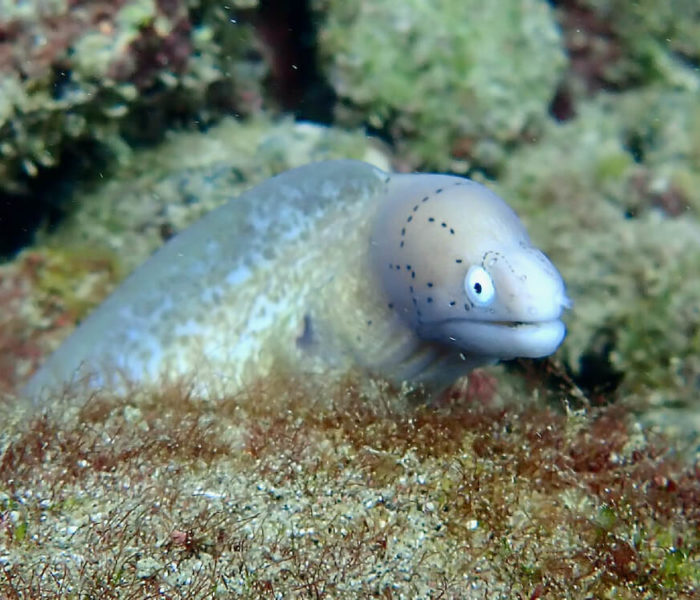 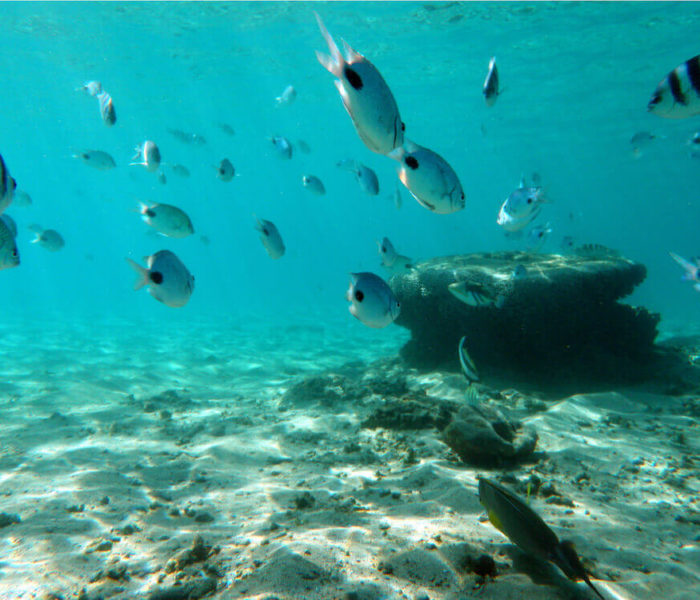