Kuilima Cove, also known as Turtle Bay, is a small, shallow bay, sheltered from the waves, is ideal for beginners. Although the sea bed is not very interesting (sand, rock and a little isolated coral), it is relatively easy to see green turtles and a good variety of fish in a few feet of water.

How to get to Turtle Bay for snorkeling?

Kuilima Cove is on the northern coast of the island of Oahu, the famous “North Shore”, internationally famous for its surfing spots. Access is free from the beach of the Turtle Bay Resort, a large hotel complex with two golf courses, among other things.

From Honolulu international airport, it takes a little over an hour (40mi/60km) to reach the spot by taking the H1 west, the H2, and then the Kamehameha Highway, following the signs to Haleiwa/North Shore. After reaching the coast at Haleiwa, continue east, pass Pupukea and carry on for about 6 miles (10km) as far as the Turtle Bay Resort entrance on your left.

The hotel has free parking and public access for visitors (follow the signs). Arrive early, since it fills up quickly. From there, it’s a minute’s walk to the beach, which is to the right of the main building.

Getting into the water at Turtle Bay

You enter the water from the sandy beach of the hotel. You should opt for the area to the right as you are looking out to sea, near the bar of black rocks, where the water is calmest. Watch out for the many sea urchins living in the rock crevices.

The snorkeling area covers the interior of the small cove facing you (↕3-10ft/1-3m). It is bordered to the right by a bar of black rocks and to the left by a line of red buoys, setting off the area of relatively strong currents. From the beach, you are less than 150 yards from the end of the cove, where the waves break against the partially emerged rocks.

In the rocky areas (↕2-5ft/0.5-1.5m), particularly along the bar of rocks to your right, you will come across several species of butterflyfish, parrotfish, and fantail filefish. In the deepest sandy areas, at the center of the cove (↕7-10ft/2-3m), you should have no trouble seeing the large green sea turtles.

When the sea is rough, visibility can be relatively poor due to swirling sand, but does not affect safety (keep your distance from the line of buoys).

Several signs have been set up on the beach with safety instructions. Make sure you read them before entering the water. Although the beach is partly occupied by the hotel complex, it is not lifeguarded.

Kuilima Cove is part of the Turtle Bay Resort hotel complex, with high-priced restaurants and accommodation facilities. The area to explore is quite small, so we don’t recommend staying the whole day on the site. An hour or two is enough.

Sea turtles are a very familiar sight on many snorkeling spots in Hawaii, including Turtle Bay. In order to be a responsible snorkeler, be sure to respect the following rules when observing them: 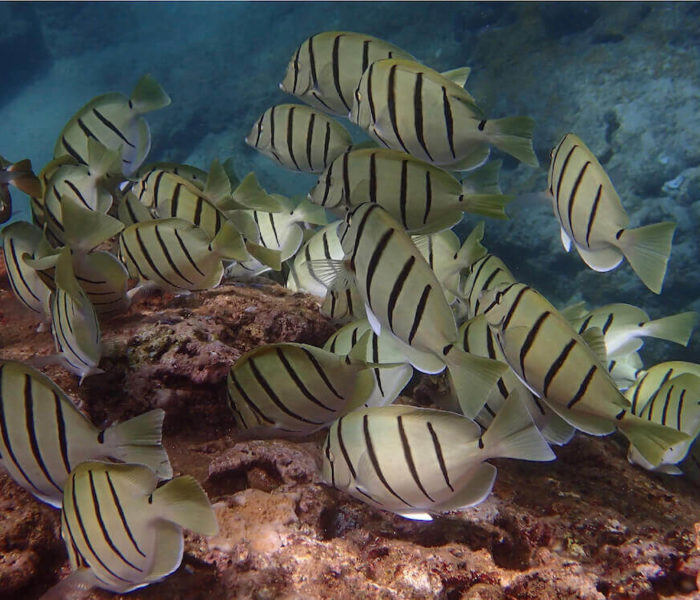 Sheltered rocky bay with many fish 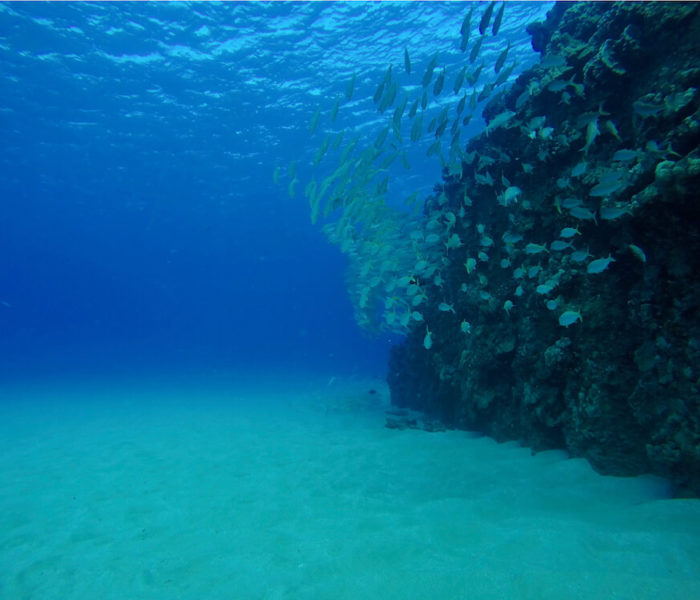 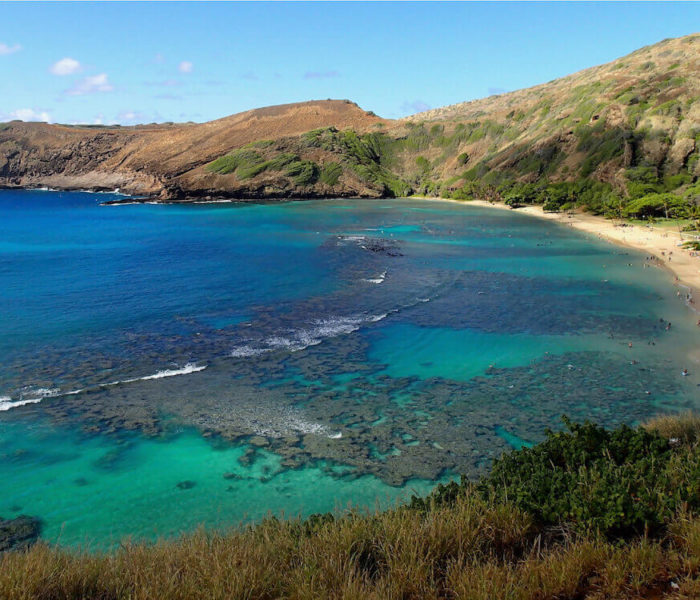 Marine reserve with a shallow fringing reef and sea turtles 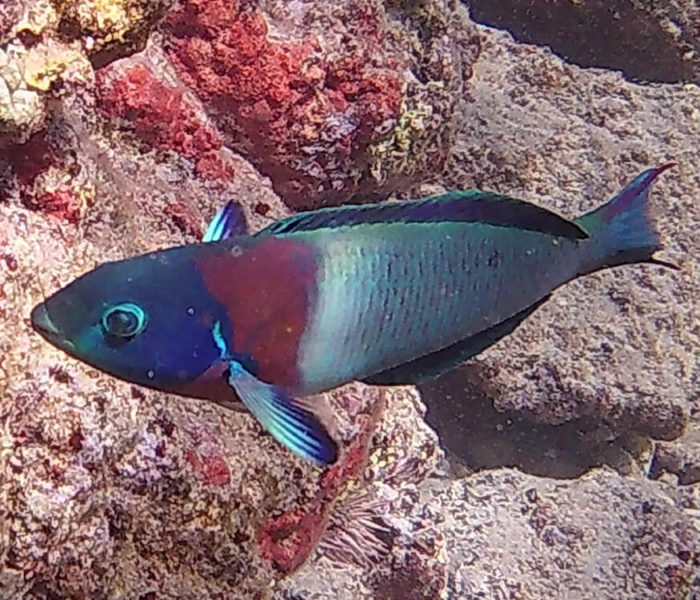 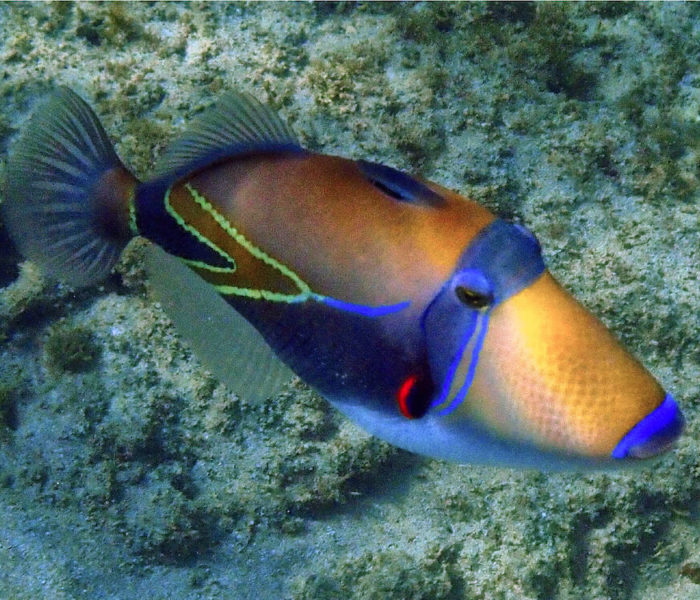 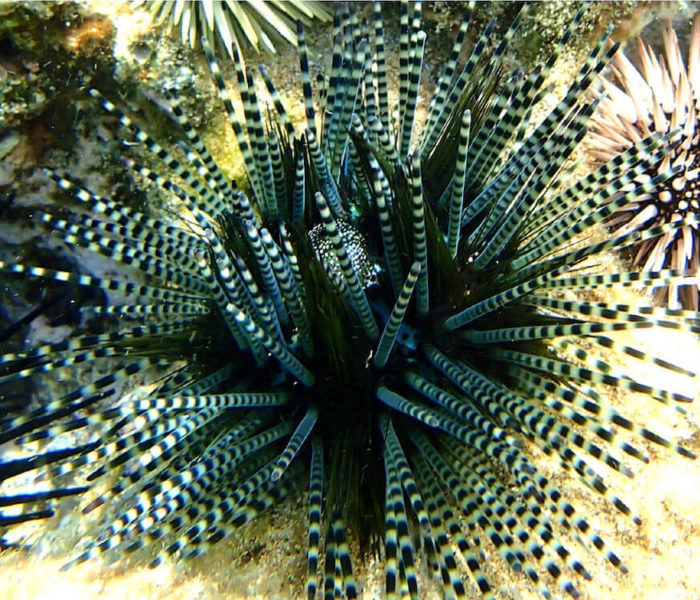 Shallow reef with a good variety of fish

see all spots in Oahu