Located South of Phu Quoc, the small Gam Ghi Island is the most popular snorkeling spot in the region. It is home to a pretty coral reef, where you can find butterflyfish, damselfish schools, giant clams and clownfish in their sea anemone.

How to get to Gam Ghi Island snorkeling area?

Gam Ghi is part of the An Thoi Islands, a group of a dozen small islands laying at the Southern tip of Phu Quoc. Many boat trips to the islands are organized on a daily basis. Day trips generally allow you to visit the islands of Gam Ghi, Mong Tay (also known as Fingernail Island) and May Rut (the 3 most popular islands), but different routes (including 2 to 5 islands) are also available.

Trips usually include a snorkeling stop at Gam Ghi (which is bordered by a pretty coral reef), but your trip may include other snorkeling stops on nearby islands. In all cases, have your itinerary and the snorkeling spot(s) visits confirmed when booking.

The price of day trips for 3 islands starts at around VND 800,000 per person, but prices go quickly higher depending on the services (small group trips, private trips, breakfast/lunch, etc.) and additional activities included (fishing, etc.).

Most trips include a stop of around 2 hours on Gam Ghi Island. You can then snorkel freely by getting into the water from the small sandy beaches of the island, facing the reef. However, some tours do not allow you to disembark on the island: you will then be invited to wear your equipment and get into the water from the boat, directly on the reef.

The recommended snorkeling spot at Gam Ghi is located along the north coast of the island, which forms a bay well sheltered from waves and currents. This area accommodates a shallow coral reef, as well as towering boulders (some of which, like the photogenic “rock island”, rise from the water).

The reef starts only a few meters away from the beach, but the corals are much damaged in the shallowest areas (↕3-6ft/1-2m). Move a little towards the open sea to gain depth to discover a more preserved reef, especially around the boulders (↕10-12ft/3-4m).

The reef is made of a beautiful diversity of corals, including tabular coral (some in fluorescent green), massive porous coral (in which we find many sabellas and Christmas tree worms, more rarely giant clams), as well as pretty sun coral unveiling to underwater photographers, their big orange polyps.

There are also several species of sponges on this spot, including superb barrel sponge specimens (Xestospongia Testudinaria), a large barrel-shaped sponge often reaching more than a meter in height.

On Gam Ghi reef, fish diversity is quite small. We can find there mainly scissortail sergeant, Bengal sergeant and green chromis, gravitating in numbers around corals and rocky outcrops.

Sometimes a couple of eightband butterflyfish or a small group of rabbitfish may appear on the reef. With a little luck, you will also discover a sea anemone inhabited by pink skunk clownfish, quite common in the An Thoi Islands.

Underwater visibility is rarely great around Phu Quoc, as in general everywhere in Vietnam.

There are several restaurants on the small islands around Gam Ghi, which mainly work with the guided tours. Upon booking, ask about what the trips include. 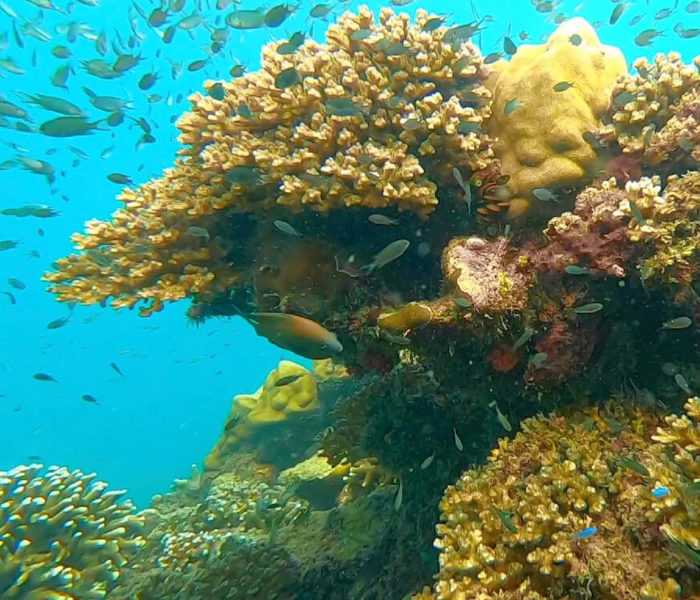 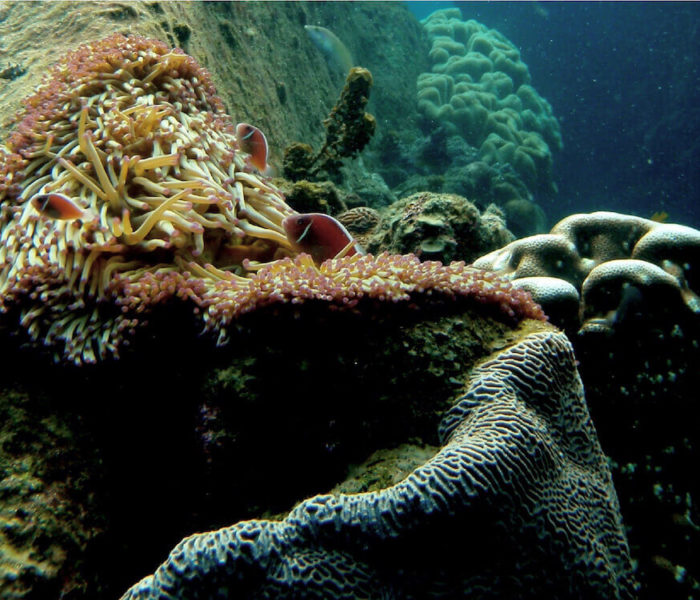 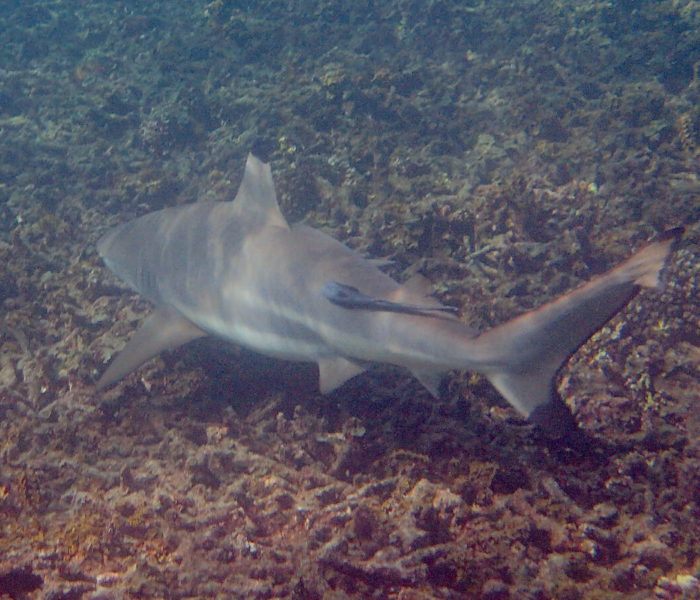 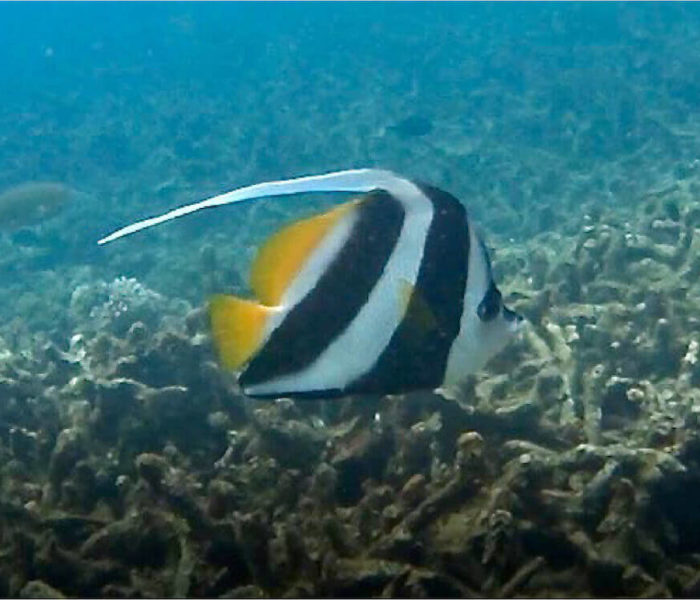 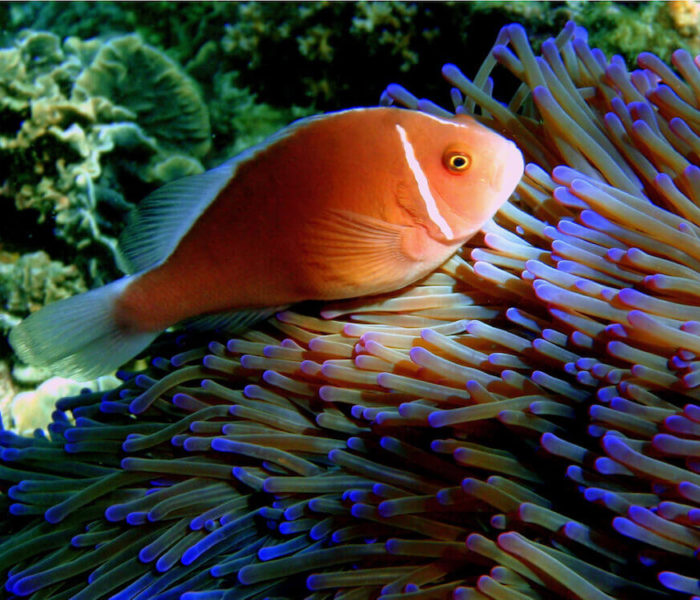 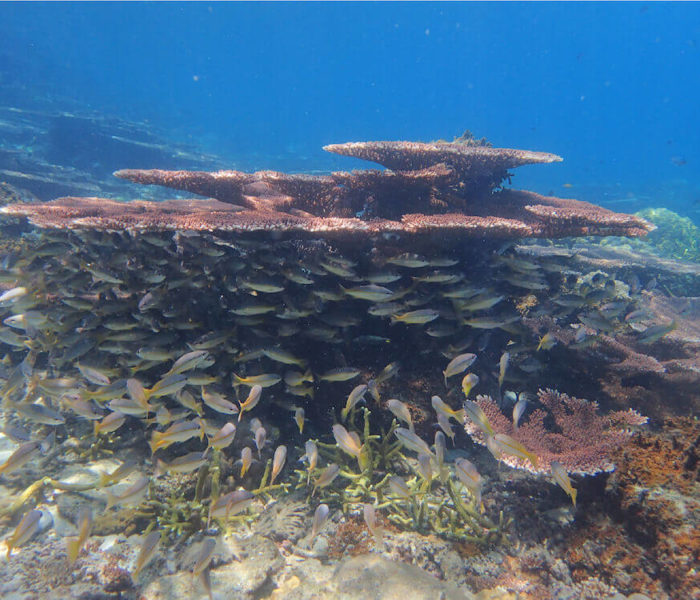 see all spots in Vietnam