Seven Sisters snorkeling spot is certainly one of the best-known along the Jordanian coast. Its reef drop off, although less spectacular than South Beach one, located a little further north, allows you to discover nice underwaterscapes. Here, snorkelers can also find a tank dropped at the foot of the reef, which has become home to a large variety of marine life, making this spot famous for divers around the world.

How to go snorkeling Seven Sisters & the Tank?

Seven Sisters spot is located about ten kilometers south of the city of Aqaba, near South Beach. Park in the parking lot, then walk south to the pontoon (see map below). The neighboring spot of South Beach designates the reef located just north of it, opposite the campsite. Do not hesitate to explore these two spots on the same day.

This area spans about 200m between the pontoon in the north and the tank in the south. We advise you to enter the water near the pontoon, then to follow the reef drop off south, to the tank (see map above).

Take a look between the pillars of the pontoon installed on the beach. We can discover an atypical underwaterscape, alternating between light and shadow. The pontoon area shelters shoals of small fish, which are often seen by the thousands between the pillars. Their presence attracts some predators, like lionfish and trevallies.

Seven Sisters drop off is less preserved and steeper than that of South Beach, but it is still worth exploring. You can swim above beautiful colonies of fire and tabular corals, where orange butterflyfish and Red Sea clownfish live, as well as small moray eels and schools of sergeant major.

About 200m south of the pontoon, at the foot of the reef, snorkelers can discover a tank about 6m deep. It was deliberately sunk in 1998 for an ecological purpose, which fully plays today its role of being an artificial reef. It is covered with corals and attracts many fish.

If you have trouble spotting it, try to find other snorkelers and dive boats that are often moored nearby. A plane was also immersed southwest of the tank but might be a little deep to be really enjoyed while snorkeling.

There are several hotels, restaurants, and diving clubs near the beach. The area is located about 1.5 km north of the huge Tala Bay tourist complex. 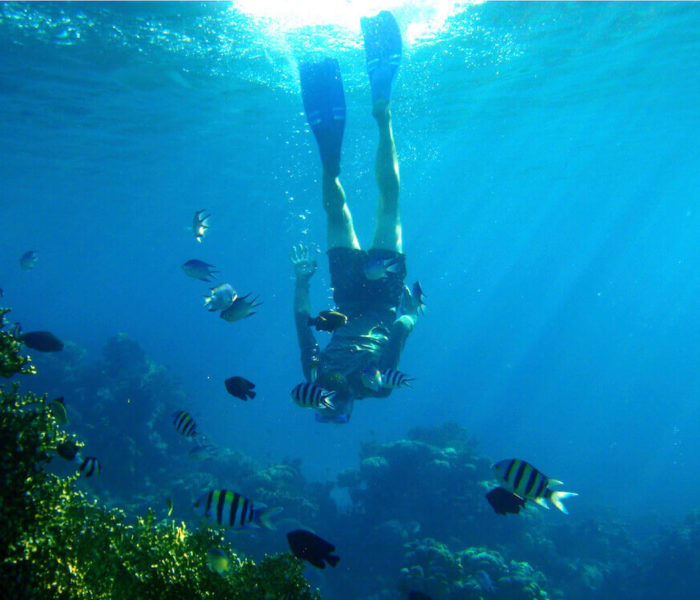 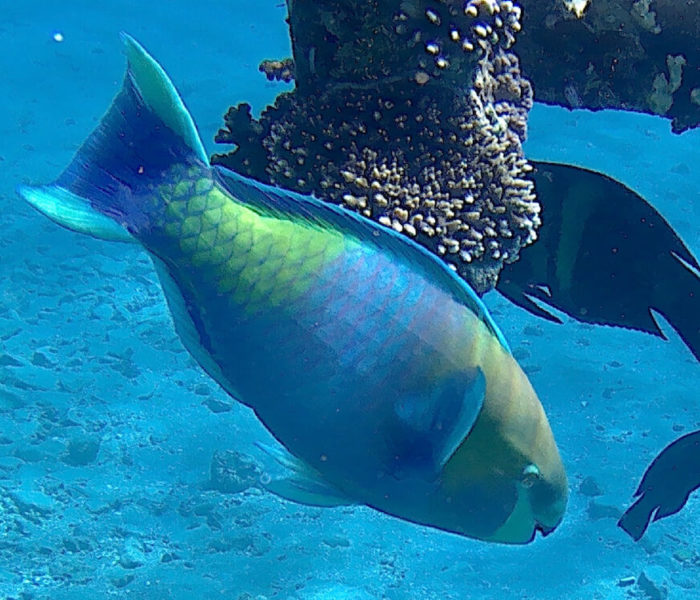 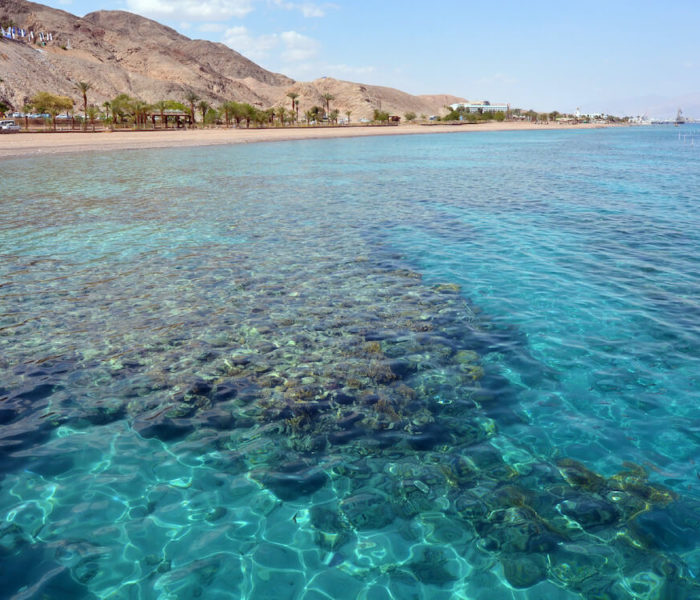 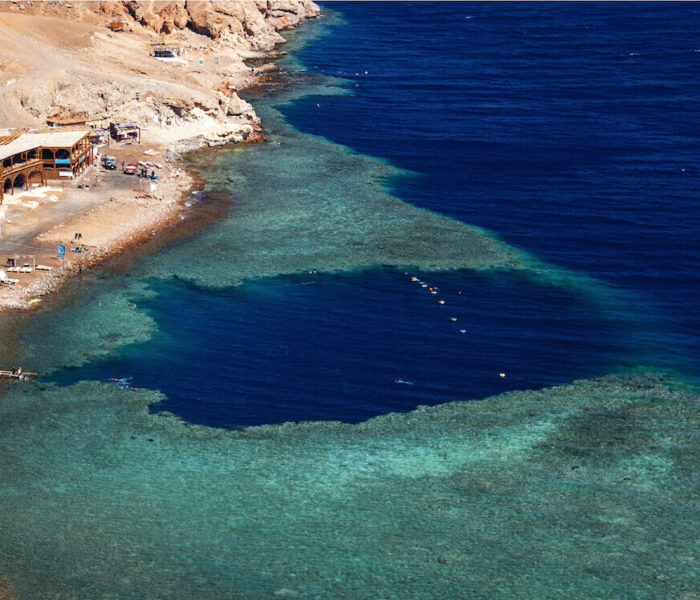 Deep sink hole and reef drop off with coral and fish 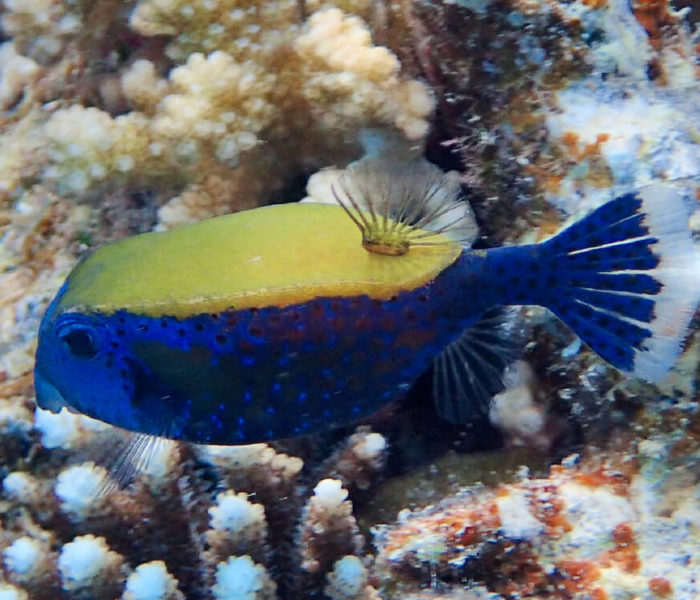 Natural pool and reef drop off with colorful fish 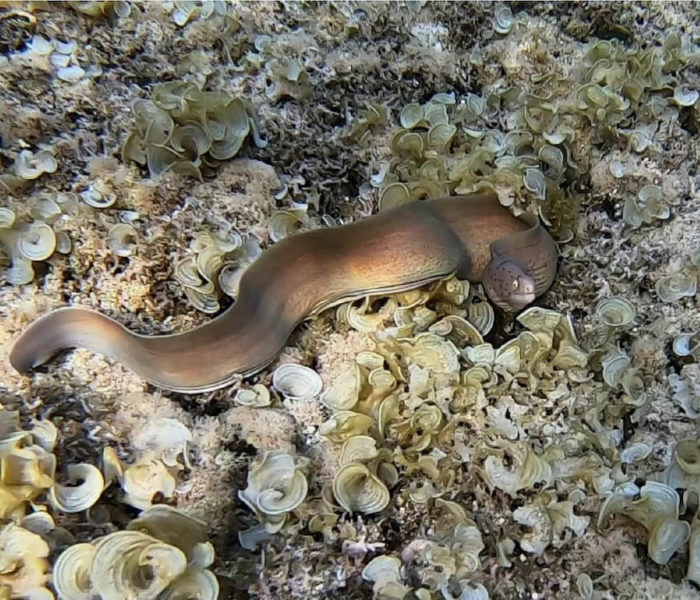 see all spots in Jordan