Located at the heart of Nono Lagoon and close to Marovo Lagoon, Nggatirana is in one of the most beautiful regions for snorkeling in Solomon Islands. This small island of just 15 hectares, covered by a luxurious forest, is bordered by a well preserved coral reef where small sharks, beautiful giant clams and many anemonefish live.

How to get to Nggatirana Island snorkeling spot?

Nggatirana is a small private island located a few hundred meters away from the western coast of Vangunu Island. The only way to visit Nggatirana is to book your stay with Evis Resort at Nggatirana Island, the hotel located on the island. From Honiara, the most direct way to reach the island is by booking a flight to Seghe. Resort’s boat will come pick you up.

The recommended snorkeling area extends all along the northern coast of Nggatirana, bordered by a coral reef and well protected from the waves. The reef starts west of the beach (on your left when facing the ocean) and stretches for about 300m. Beyond that, we reach the western tip of the island, where the sea may be rougher.

From the beach, we recommend snorkeling towards west, while following the outer side of the reef.

The well preserved reef gently slopes into the blue. There is a wide variety of corals, especially blue fluorescent branching corals, huge table corals and beautiful massive coral bommies. In many sections of the reef we discover beautiful specimens of giant clams. Some of them might be longer than a meter.

Sling-jaw wrasse, platax, pufferfish, butterflyfish and surgeonfish are some of the most common types of fish one might observe on Nggatirana reef. Several species of anemonefish also live on the slopes, especially orange clownfish, Clark’s anemonefish and spine-cheeked anemonefish. As you swim along, you might have the chance to encounter small reef sharks, which are nevertheless very fearful.

Evis Resort at Nggatirana Island is the only hotel on the island. It has a restaurant and a bar. 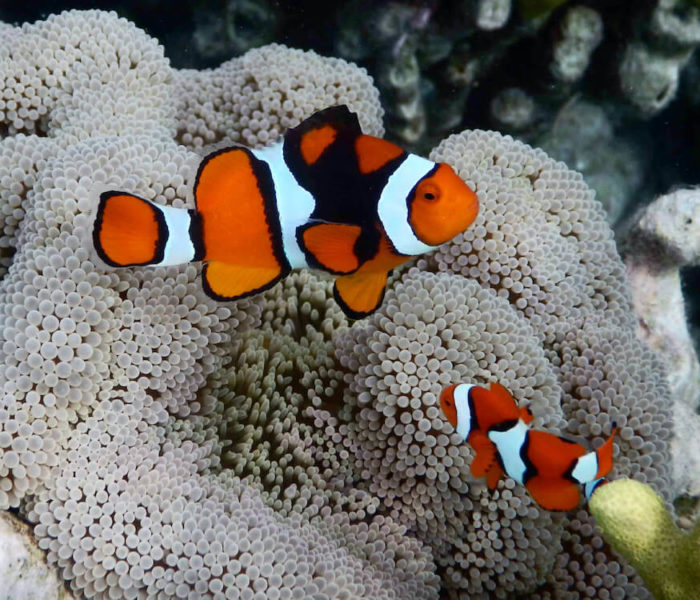 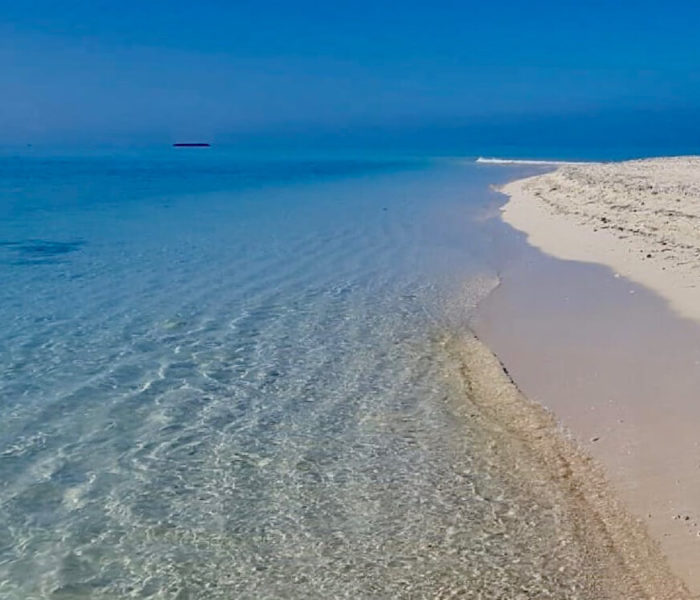 see all spots in Solomon Islands