Maupiti’s “Fausse Passe” (false pass) is one of the best snorkeling spots on the island. By snorkeling in the pass, drifting with the light incoming current, you will be able to observe coral beds and a large variety of tropical fish.

How to get to the “Fausse Passe” snorkeling spot

“Fausse Passe” is the name given the two passages located between the motus north of Maupiti. Unlike a “real” pass, these two passages are very shallow and do not cut the reef. It is therefore not possible to enter the lagoon from the open sea using these passages, hence the name “false pass”.

The snorkeling spot is located in the narrower of the two passages, which splits Motu Pae’ao and Motu Tuanai (see map below). To snorkel the Fausse Passe, ask your pension about the available boat trips.

The Fausse Passe is crossed by a light incoming current and is explored in drift snorkeling. After getting into the water at the pass entrance (open seaside, north), you will let yourself be carried by the current, contemplating the seabed until the pass exit (lagoon side, south). In any case, follow the instructions of your guide.

On this spot, the depth varies between 1 and 10ft/0.5 and 3m. It’s the perfect water height to enjoy underwater life from the surface. In the pass, the seabed alternates between coral reefs (more or less healthy) and sandy beds.

A beautiful diversity of fish occur in the pass, including angelfish, triggerfish, many wrasses species and pufferfish. In some places, you will be surrounded by schools of double-saddle butterflyfish, seemingly fed by some guides.

Tahaa’s Coral Garden is another famous drift snorkeling spot in the Society Islands. It has roughly the same features as Maupiti’s Fausse Passe, although narrower and shallower.

Lunch on a motu is included in most day trips. Check with your pension when booking. 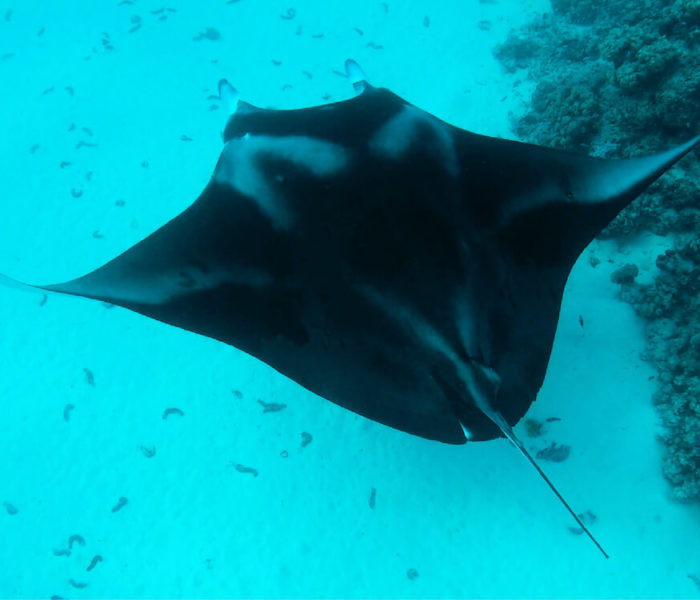 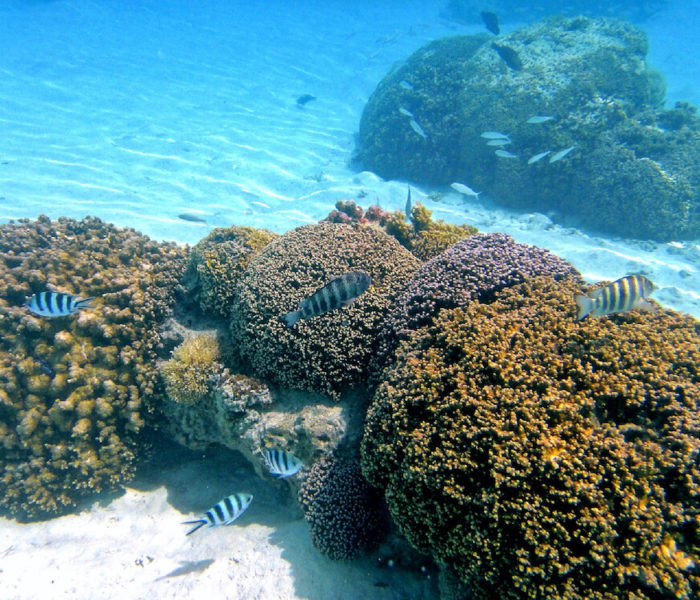 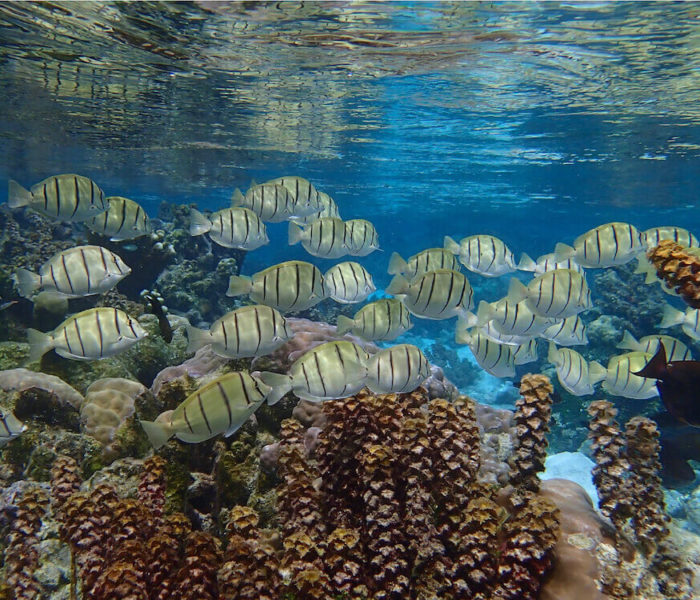 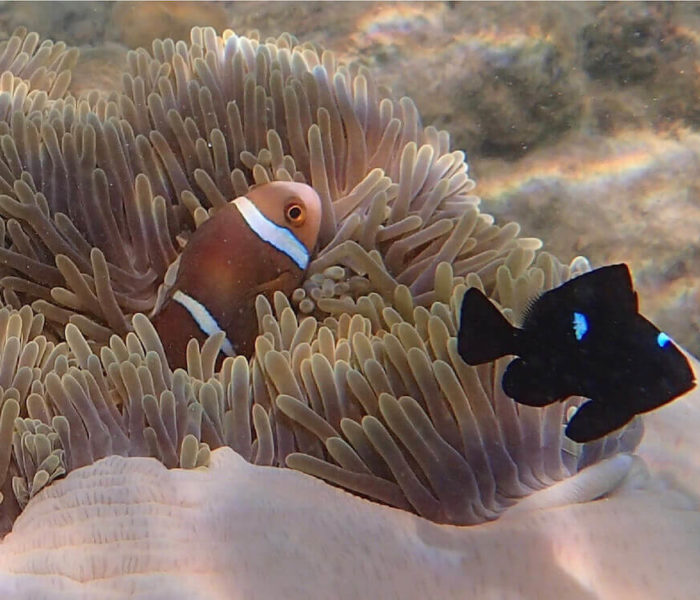 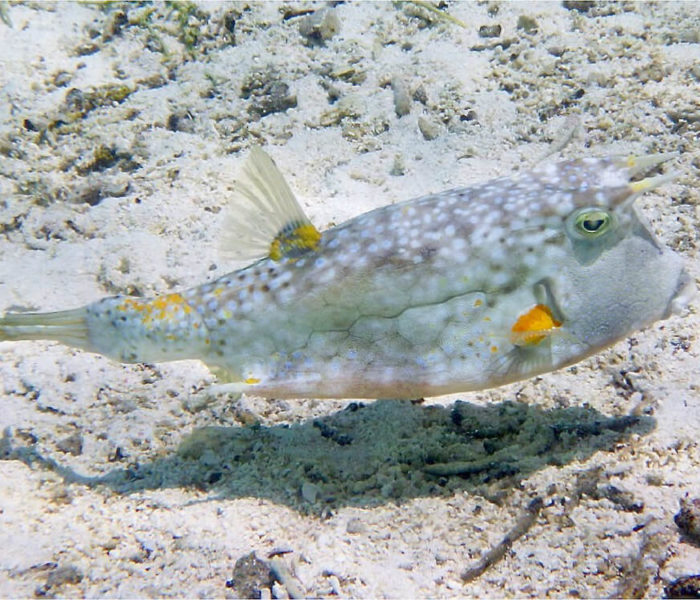