A few granite rocks, lapped by the waves, a handful of palm trees swaying in the wind – the tiny Saint-Pierre Island is the perfect illustration of a mythical desert island. It is approximately 1 mile off Praslin and can only be reached by boat, although it is not possible to land there. The waters around the islet, although sometimes a little turbulent, are clear and rich in fish.

How to get to St Pierre Island snorkeling area?

Saint-Pierre island is less than 2 miles/3km off the coast of Praslin, opposite Anse Volbert and the village of Côte d’Or. Several tour guides (many of them will offer their services on Anse Volbert beach) organise snorkeling tours, often combined with a visit to Curieuse Island. The price is at least €50 per person, including a meal.

Your guide will show you where to get into the water. If you go to the snorkeling spot in your own boat, get into the water near the islet, on the Praslin side. This is where the richest sea beds and the calmest waters are.

Snorkeling tips to enjoy the best of St Pierre Island

While the coral was badly damaged in the tsunami in December 2004 and the reef has not yet regained its former glory, the sea bed is still very rich in fish. The most interesting area to explore (and also the shallowest) lies to the west of the islet (that is, on the Praslin side).

You will find yourself above a badly damaged coastal bench (↕6-13ft/2-4m), covered with pieces of dead coral. Here and there, the coral is growing back, but has only reached medium size. At the edge of the coastal bench, the water level is higher (↕13-16ft/4-5m). The seabed is mainly sandy (or covered in pieces of dead coral), and scattered with vast granite rocks that emerge from the water in places.

Fortunately, despite the damaged seabeds, St Pierre still deserves its reputation as a natural aquarium. Clown surgeonfish and powder blue tang pass from rock to rock, groups of sergeant major fish play in the eddies, and shoals of fusiliers and jacks dart through the granite rocks.

This spot is sometimes visited by jellyfish, and due to its fairly exposed position, the sea can be turbulent. In this case, keep your distance from the rocks and bear in mind that the water may be less clear.

If you visit St Pierre islet and Curieuse, the meal is generally included. Ask your guide for more details, and at the least take some water and a snack with you. 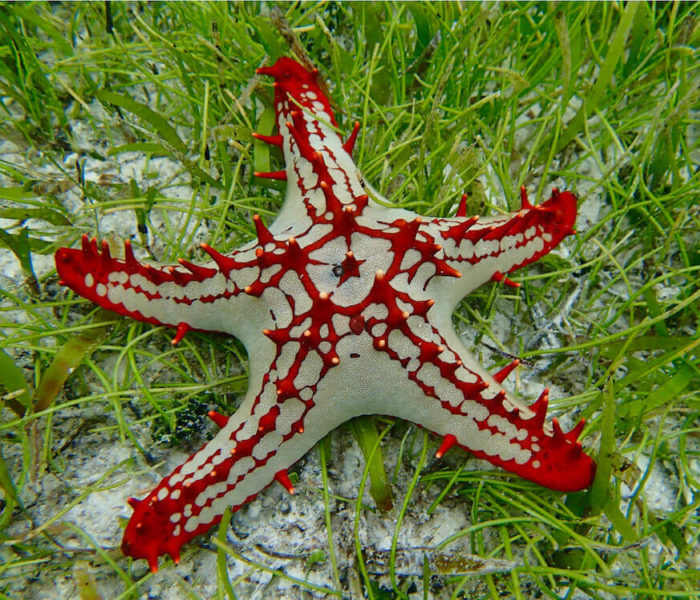 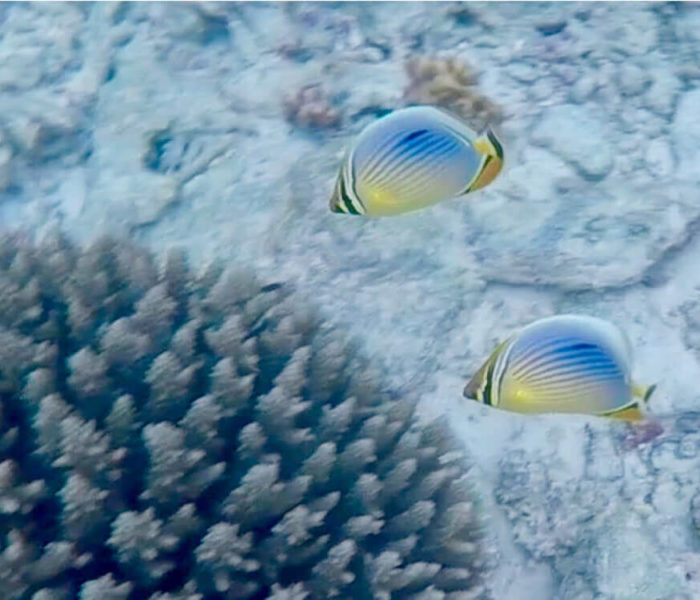 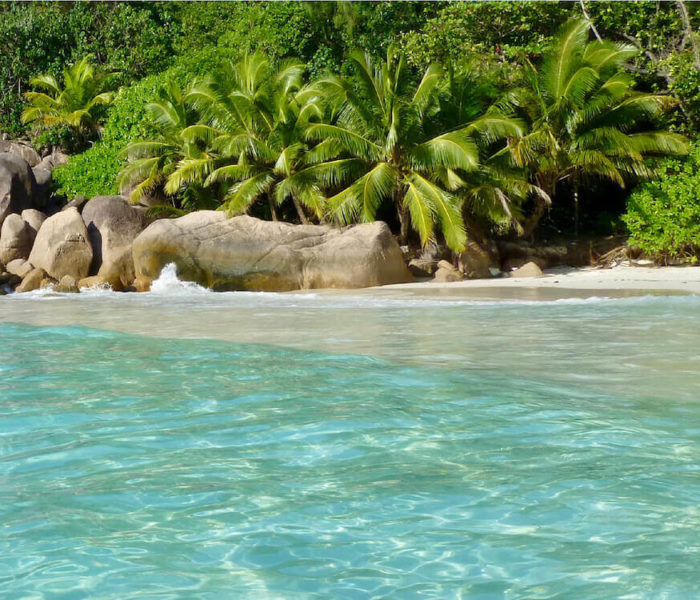 Sandy bay and granite rocks with reef fish and rays 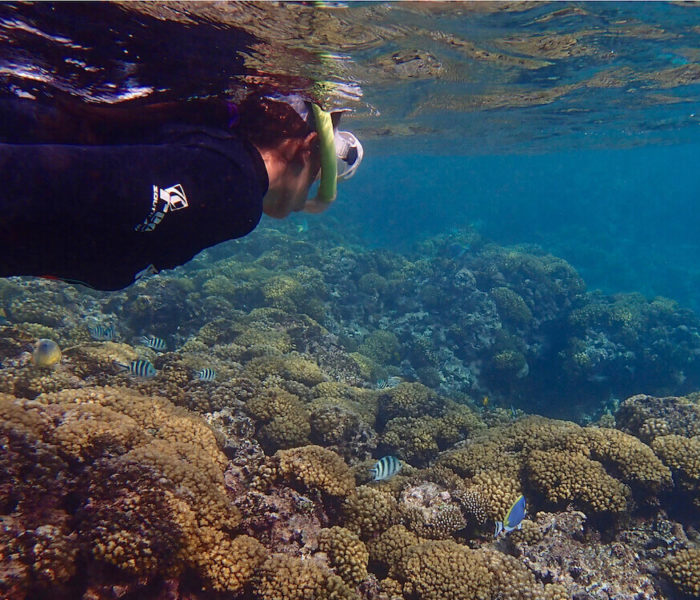 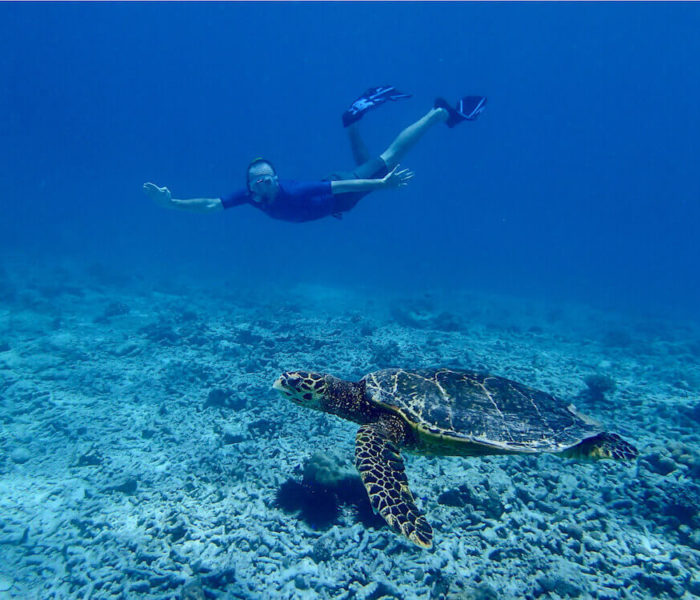 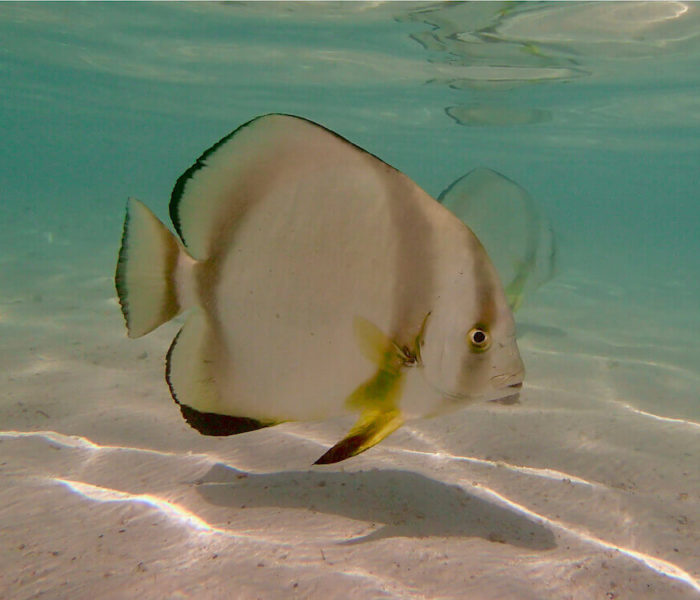 see all spots in Praslin