Petit-Havre beach is located near Le Gosier. Nestled in a cove fringed with palm trees, it offers a pleasant setting when it is not too crowded. Without being exceptional, this snorkeling spot allows pleasant underwater explorations, during which you’ll spot a nice diversity of reef fish and sometimes green iguanas.

How to get to Plage de Petit-Havre snorkeling spot?

Petit-Havre beach is located between Le Gosier and Sainte-Anne. From Pointe-à-Pitre and Le Gosier, follow the RN4 towards Sainte-Anne. You must then turn right after Mare-Gaillard, at the sign “Plage de Petit-Havre”. This beach is very busy and the parking lot fills up quickly on weekends. It is advisable to go there early in the morning.

Petit-Havre beach is actually divided into two beaches, separated by rocks. From the first beach, located in front of the car park, a small path starts on the right and leads to the second beach, which is quieter.

You can get into the water from both beaches. The first beach gives access to a reef (see map) but this area can be rough, and becomes a popular surfing spot when wavy. The second beach is more sheltered.

You can snorkel throughout the cove, which is home to several points of interest: the coral reef (to the left hand of the first beach), the surroundings of the rocks that separate the two beaches, as well as the seagrass and sandy beds that make up the rest of the area. The seabed is not exceptional but sometimes allows beautiful sightings.

Petit-Havre Beach is known for its green iguanas. They are abundant on the beach and in the surrounding trees, especially in the morning, when the site is still uncrowded. Some are used to bathing in the shallow waters of the cove and it is therefore sometimes possible to observe them underwater.

The reef areas, seagrass beds and sandy beds each shelter their own set of species, which can be spotted snorkeling in the cove.

Among the dozens of fish that can easily be seen here are the sergeant major, the ocean surgeon, the blue tang, or the beau gregory. Porgy, snappers and spinefoot occasionally cross the seagrass beds.

The shallow depth makes this spot suitable for children and beginners. On weekends and during the day, the beach can get very busy. Be careful if there are many people in the water.

Note also that the southern part of the cove (facing the first beach) is quite exposed to swell and waves. Do not snorkel around the reef if there are surfers in the water.

A small restaurant, “Chez Manu”, is located on the beach. There are many accommodations near the beach and between the beach and Sainte-Anne, this area being very touristy. 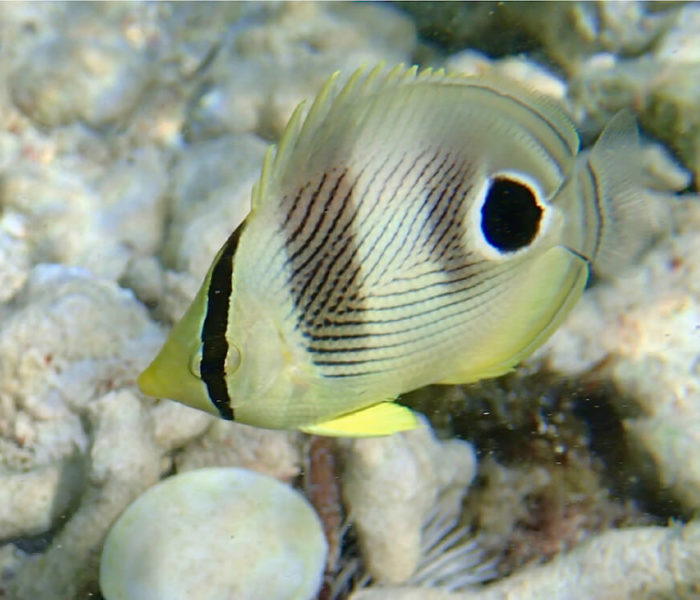 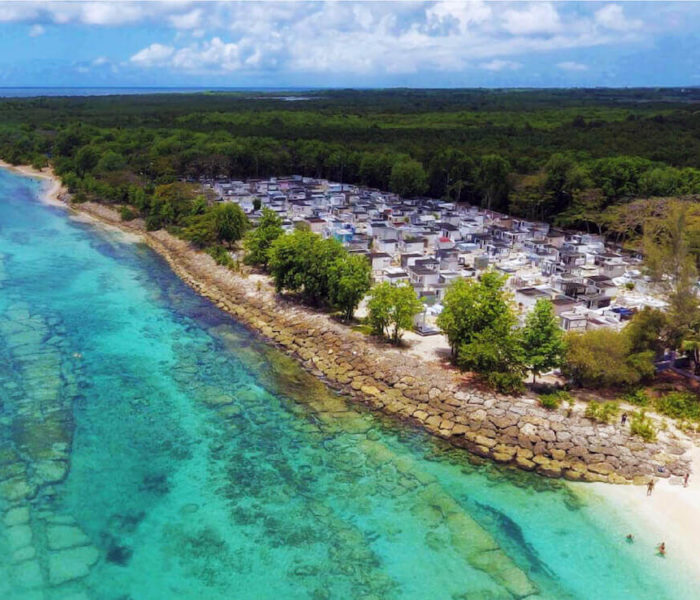 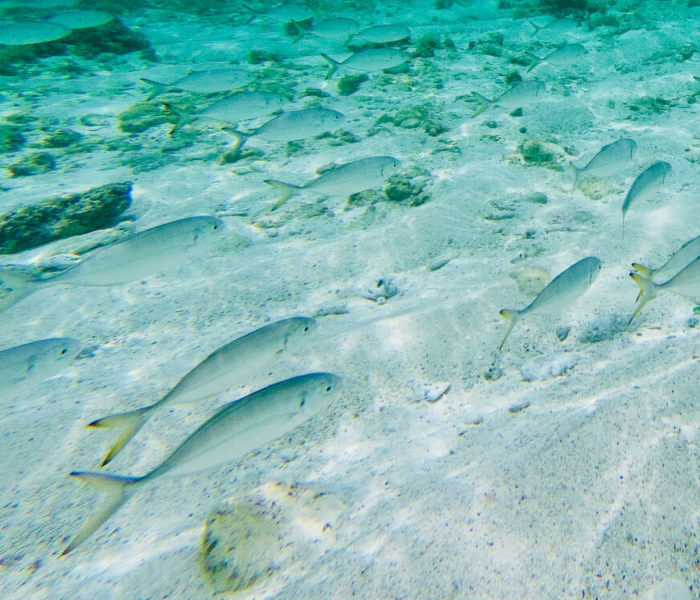 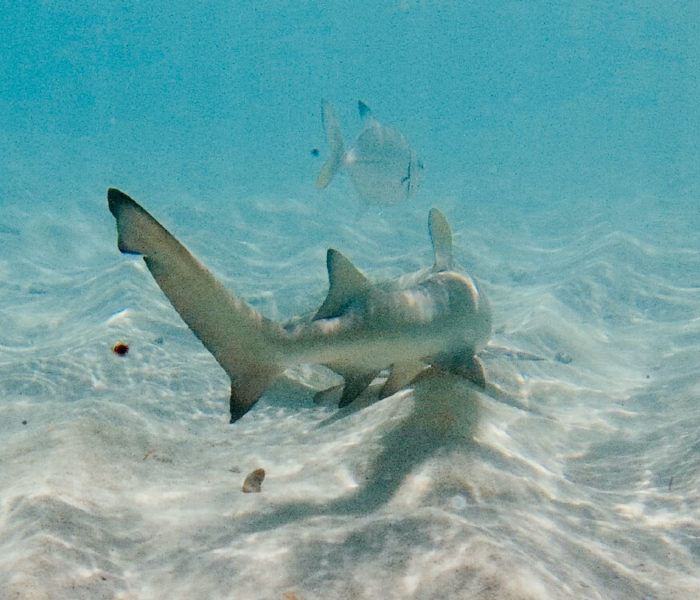 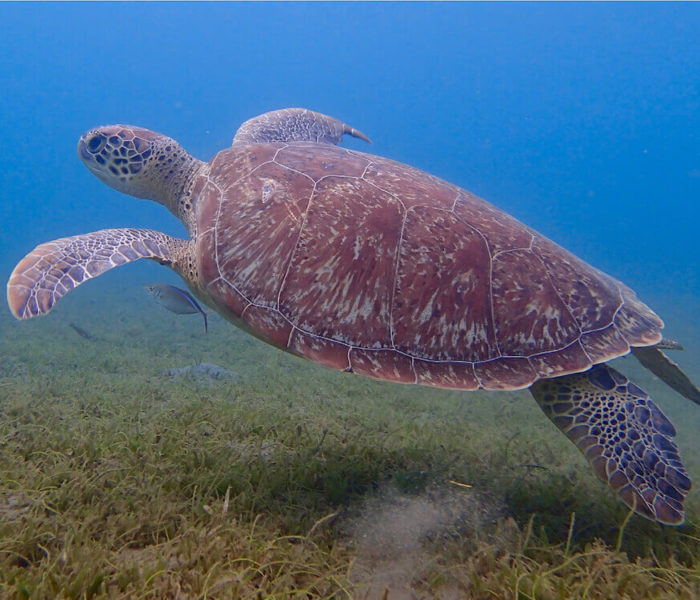 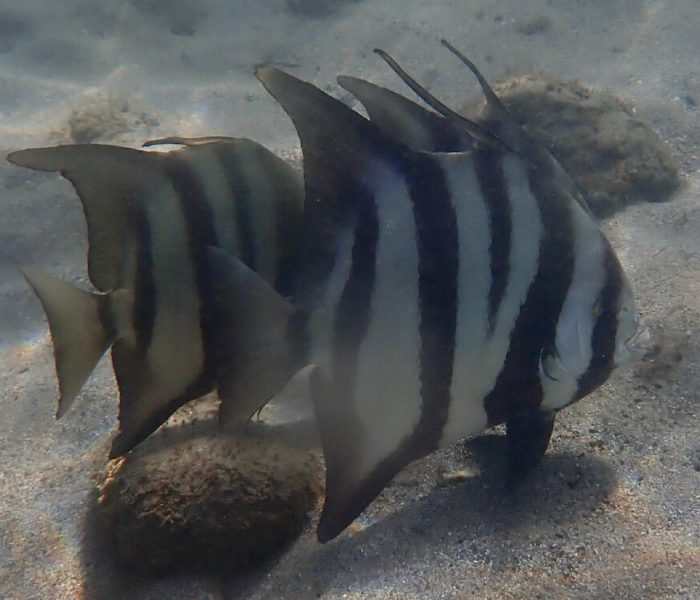