What is cuter and more fascinating than a starfish? These slow-moving marine animals, with their unmistakable shape, always amaze snorkelers with their bright colors. There are over 1500 species of starfish in the world, and the vast majority are totally inoffensive for humans. Check out our 10 favorite snorkeling spots to see starfish!

Siladen, a small island located north of Sulawesi, is entirely fringed by coral reefs. In the shallow seagrass beds bordering the island, sea stars are everywhere! These are horned sea stars, Protoreaster nodosus, one of the most common starfish species in Southeast Asia. While snorkeling in Siladen, you may also spot blue sea stars and Pacific cushion sea stars.

While snorkeling Bartolomé Island, you’ll easily spot in some places hundreds of starfish sitting on the sandy beds. Most of them are Galápagos starfish (or Panamic starfish) and chocolate starfish, smaller and yellow.

Playa Estrella, also known as Starfish Beach, is one of the most popular beaches in Bocas del Toro. Hundreds of Caribbean cushion starfish (Oreaster reticulatus) are found in front of the beach, in only a few inches of water.

Tres Trapi, a tiny sandy cove nestled in the rocky northwestern shore of Aruba, is home to hundreds of Caribbean cushion sea stars. The immaculate white-sand seabed is constellated with starfish, making this snorkeling spot one of the most photogenic on the island.

Moalboal is word-known for its sardine run, allowing snorkelers to swim among thousands of sardines. But when snorkeling the reef, you will also spot several species of sea stars, including the horned sea star, the blunt arm sea star, and the blue starfish.

The waters of Roatán, are a true paradise for Caribbean cushion sea stars. Perfectly harmless, there are plenty of them laying on Starfish Alley‘s seabed. In less than 3ft of water and very close to the beach, everybody is able to watch the show!

Sea stars are observed more randomly in all shallow seagrass areas of Roatán. You may also try your luck in West End.

Tumon Bay, Guam’s most famous beach, is the perfect place to encounter blue sea stars, Linckia laevigata. From the beach, you will see them through the surface of the lagoon. Wear your mask and jump in!

The red-knobbed starfish, Protoreaster linckii, is certainly one of the most beautiful starfish of the Indian Ocean. By its sheer size and its bright colors, it rarely goes unnoticed! To spot this species, explore the seagrass of Anse Volbert in Praslin.

On the reef of Menjangan Island, you won’t miss the blue sea stars (Linckia laevigata), which are plenty to live on the seabed. Bright blue and measuring up to 1ft, they are great subjects for underwater photographers. The blue sea stars are abundant on almost all snorkeling spots around Bali and Lombok, including the Gili Islands.

The Mediterranean waters do not have a lot of species more colorful than the red starfish, Echinaster sepositus! With its bright color, it is easy to note in the rocks and seagrass meadows. La Palud Beach, in Port Cros National Park, is one of the best Mediterranean locations to spot this species.

This top10 has been selected only from the +380 locations already on our map. If you know a snorkeling spot that is not yet on the map, send us your report and it may be selected to appear on this page! 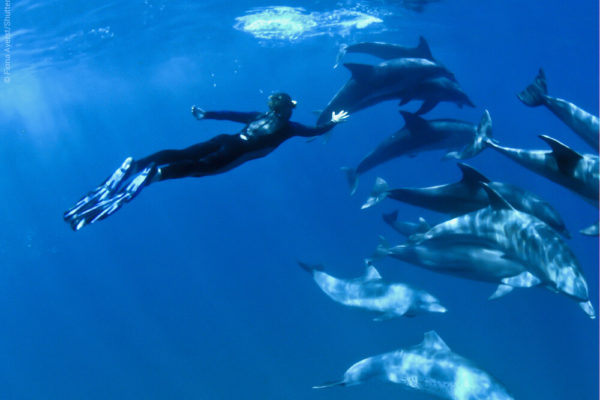 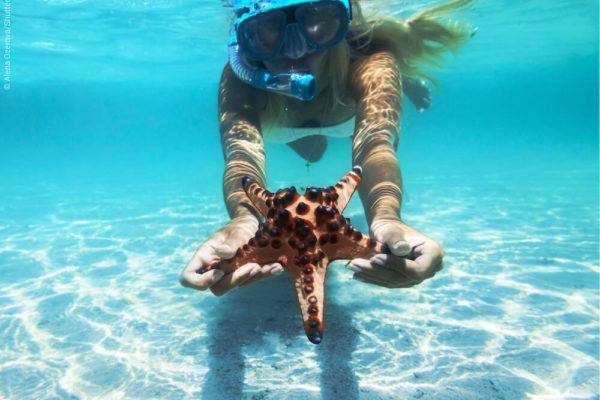 What is cuter and more fascinating than a starfish? These slow-moving marine animals, with their unmistakable shape, always amaze snorkelers with their bright colors. There are ove [...] 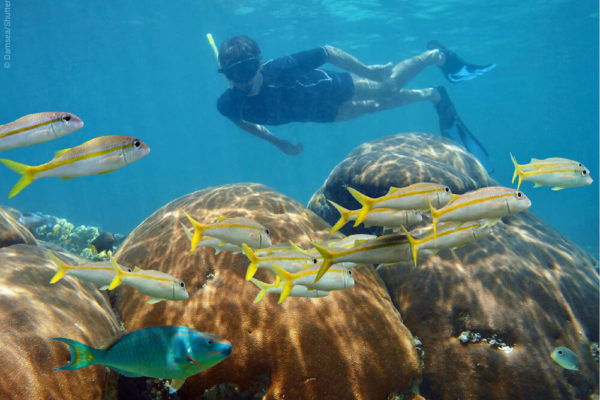 Coral reefs, along with tropical forests, are among the planet’s richest ecosystems. They host an incredible diversity of animals and plants, including a quarter of all the world [...]