The biggest predators in the oceans can be objects of fear or fascination. More than 450 species of sharks are found in the world’s seas and oceans, and about fifteen of which can be easily spotted by snorkelers.

Where to encounter sharks at snorkeling depths?

The blacktip reef shark, found in the shallow waters of coral reefs and lagoons of the tropical Indopacific, is one of the easiest species to spot.

French Polynesia (especially the Society Islands and the Tuamotu Islands) is a true paradise for swimming with blacktips, but they can also be seen in many snorkeling spots in the Maldives, Southeast Asia and Australia.

To snorkel with whitetip reef sharks, head to the Galápagos Islands, where you can encounter them by dozens in some of the archipelago snorkeling spots.

Up to 5 to 10m long, the whale shark is considered the largest fish in the world. Often busy feeding on plankton just below the surface of the water, it is easily seen in Mexico, the Philippines, Thailand, and Australia. 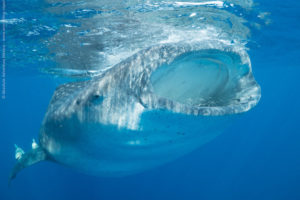 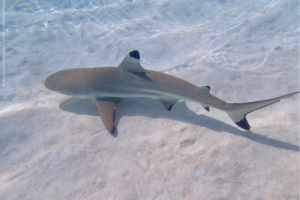 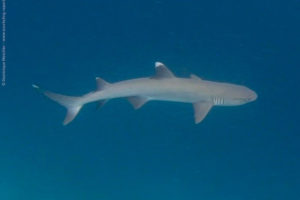 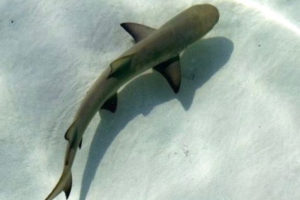 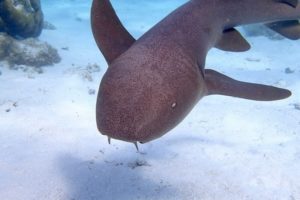 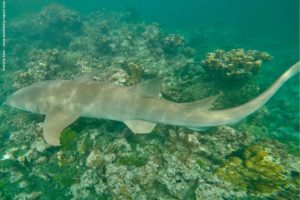 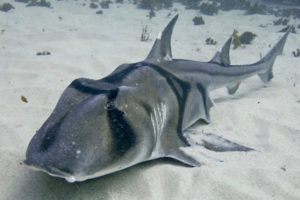 Check out our top10 snorkeling spots to swim with sharks!

Check out our selection of fish identification guides!

Want to learn more about the species you’ve observed or photographed underwater?

The identification guides are true treasures for those curious to know about the underwater world, and a beautiful way to dream about your future snorkeling explorations!