Îlot Amédée (Amedee Island), spotted for its overshadowing lighthouse built in 1865, is one of the symbolic landscapes of New Caledonia. If it hosts beautiful coral reefs with crystal-clear waters, the islet is better known for being the best spot of the territory (and one of the best in the South Pacific) for swimming with green turtles, many of which are found in underwater meadows that stretch out, facing the beach.

How to get to Îlot Amédée?

Îlot Amédée is located about 24km south from Noumea, at the entrance of the lagoon. Several providers in the capital sell day tours to the island. You can choose between a simple round trip or an all-inclusive excursion (which includes lunch, entertainment, and beach chairs). Prices start at CFP 4500 per person for round trip.

It is recommended to get in the water either from the area just to the right of the dock (on your right when you are facing the ocean), or from the western tip of the island. These two entrances face seagrass beds where turtles are generally present.

The area you will explore covers seagrass beds and coral reefs that are facing the north-west coast of the island, on both sides of the dock.

For turtle spotting, the best place to go is near the dock. This area is composed of seagrass beds (↕0.8-2m) where green turtles come to feed during the day, often accompanied by remoras or trevallies. When landing on the island, you will already see their shell through the translucent water. Îlot Amédée is a truly magnificent spot to swim with these peaceful creatures- there are so many that it’s not rare to find 2 or 3 turtles around you, coming very close to the beach (sometimes less than 10m from the shore), and in very shallow areas. In addition, the turtles are easily approachable. Resist the urge to touch them, however, and give them enough space when they come up to the surface to breathe. Turtles can also generally be found in another seagrass area near the western end of the island.

While turtles are the main underwater attraction of Îlot Amédée, this spot also offers beautiful coral reefs. In some places, rugs of yellow and blue branched corals cover the seafloor (↕0.5-1m). The reef then descends gently on sandy beds (↕2-4m). It is here that the underwater life is the most plentiful. Try to make out the different species of angelfish that frequent the reef (the two-colored angelfish, the keyhole angelfish, or the two-thorn angelfish) or to spot sea anemones and their colonies of clownfish. In this area, pay attention to crown-of-thorns starfish, which are particularly numerous.

There is a bar and restaurant installed on the island, but it is closed on days when no big boats dock. 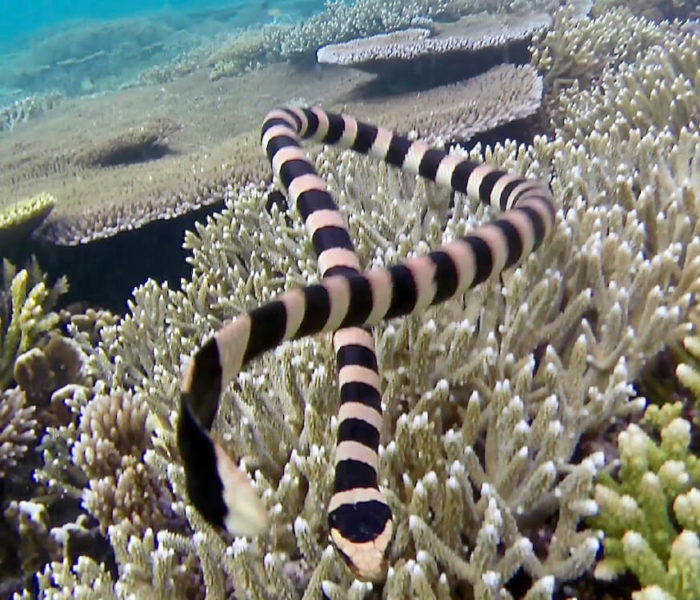 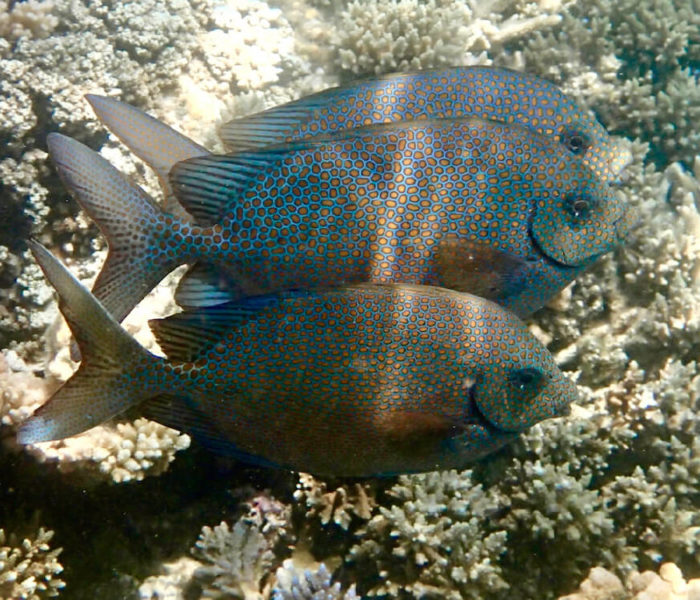 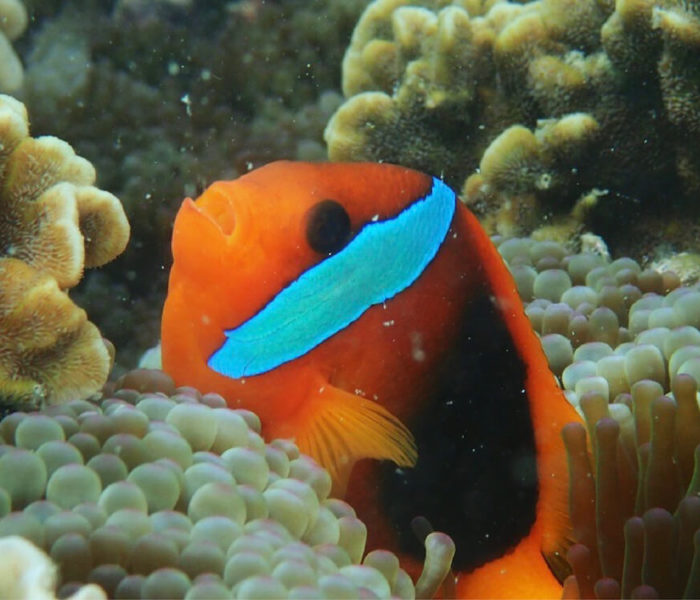 Reef drop off with coral, fish and turtles 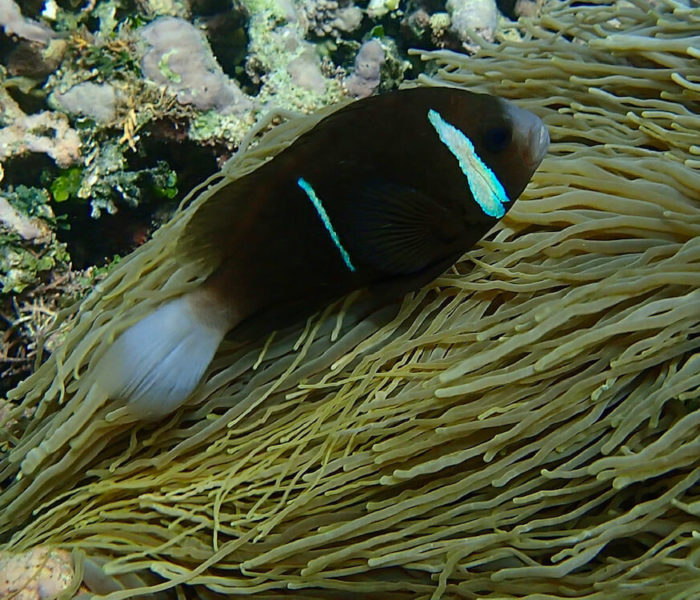 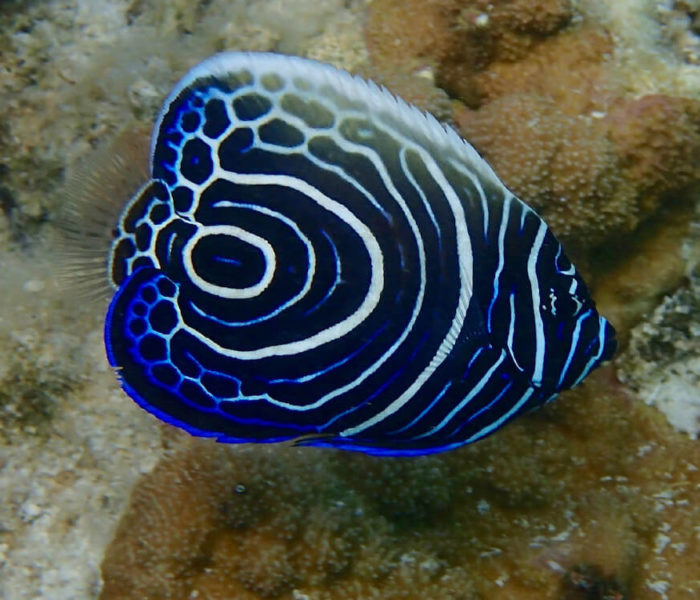 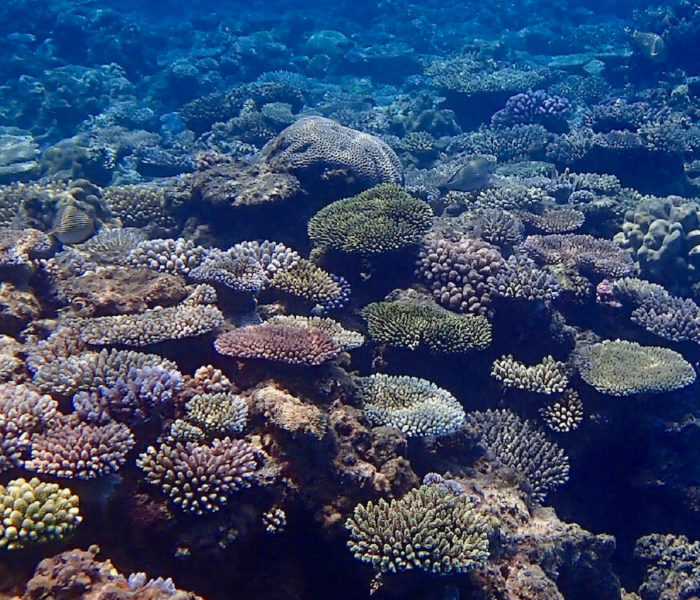