The shoreline of Solenzara, a small village of eastern Corsica, is made of a series of small rocky beaches ideal for snorkeling. Its sandy slopes, rocky points and Neptune grass beds are home to a varied marine life, including shoals of salema porgy and seabream, several species of wrasse, octopus and sea anemones.

How to get to Solenzara snorkeling spot?

The snorkeling spot is located at the edge of Solenzara, a quiet seaside town situated on the eastern coast of Corsica, 35km north of Porto Vecchio and 100km south of Bastia. It stretches along the village seafront, just south of the marina. There are some access paths between the villas to reach the shore from the coastal road.

Entering the water to snorkel Solenzara

Enter the water from the beach.

Solenzara seabed is made of a sandy slope with some rocks outcroppings and posidonia patches. In the clear water off the rocky points between the small beaches, you will find a wide variety of colorful fish and other marine creatures.

Solenzara, with pristine waters and almost no currents, is a perfect snorkeling spot for kids and beginners. Its location (at the edge of the village) makes it a very accessible spot if you are staying for a few days in Solenzara.

You will find in the village (mainly in the main street and around the marina) a wide choice of snacks, restaurants and accommodation. A supermarket is set behind the beach.

This reference identification guide includes all the 860 marine fish species that may be encountered while snorkeling in coastal Western Europe and the Mediterranean. 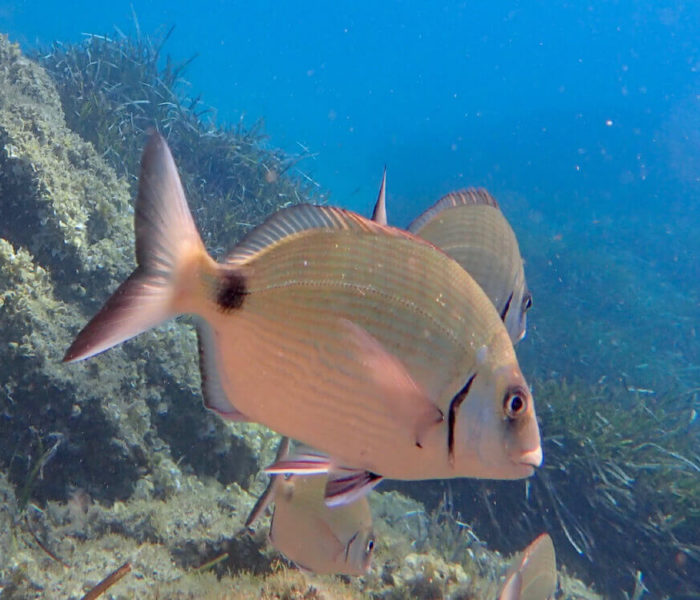 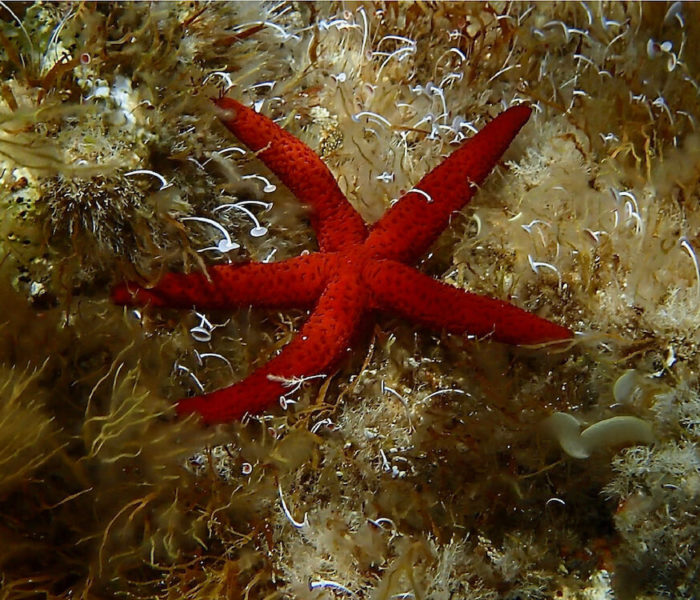 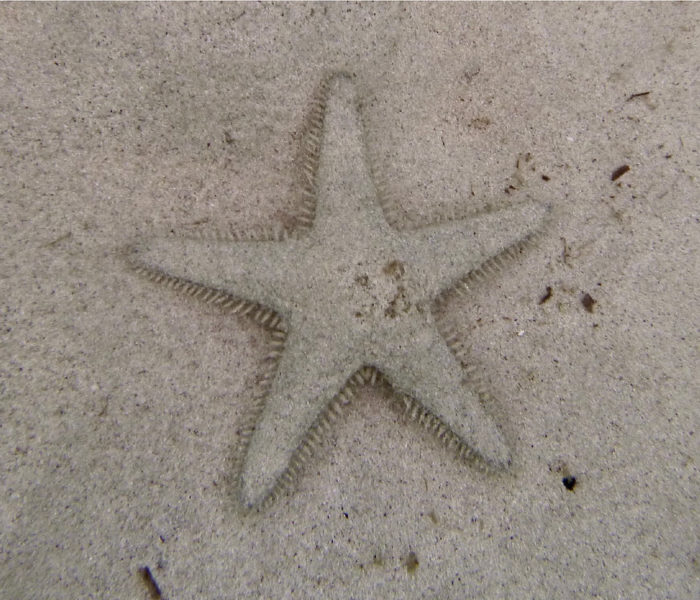 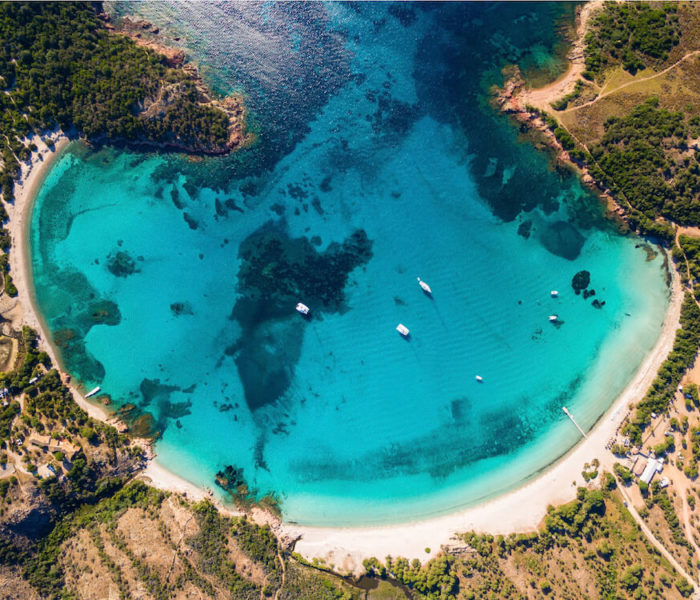 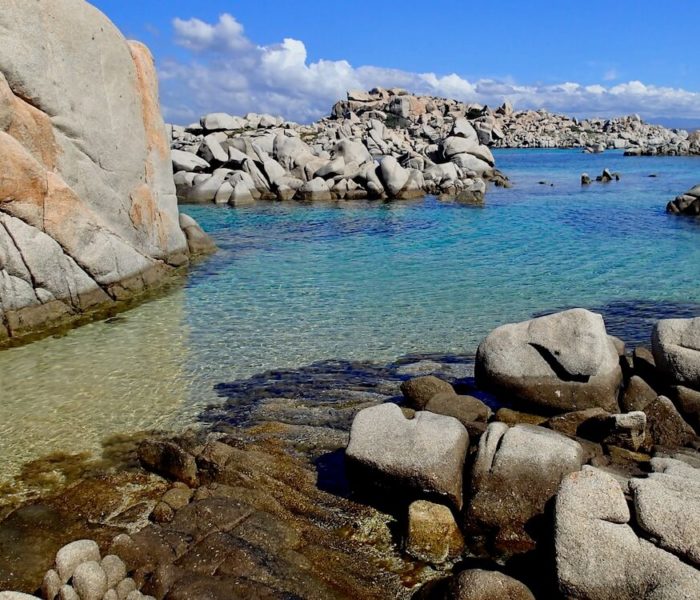 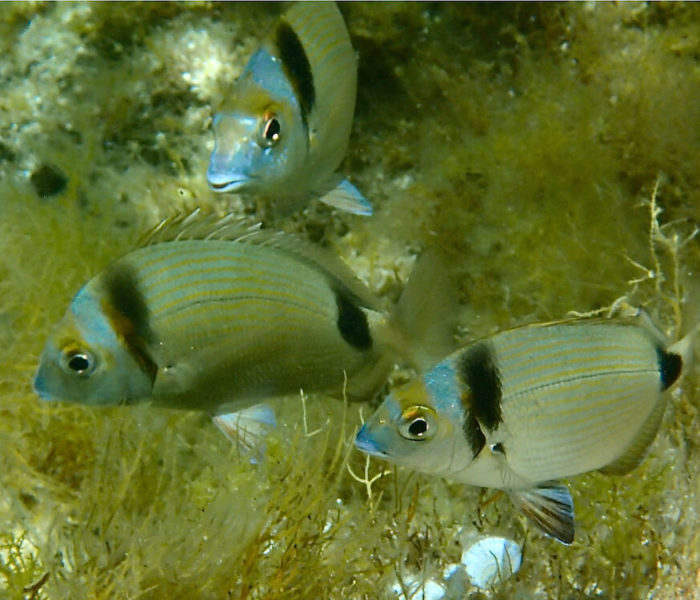