Edon-Bina beach is one of the best snorkeling spots located near Ksamil, a very touristy seaside resort in southern Albania. Relatively remote, it allows enjoying its underwater world away from the crowds. Many fish, such as wrasse, seabream, blenny and damselfish, live on the cove’s rocky beds.

How to get to Edon-Bina snorkeling spot?

Edon-Bina beach is located about 4 kilometers north of Ksamil, along the peninsula. From the main road, along which parking is difficult, a path leads down to the beach. It takes about 10 to 15 minutes to reach it on foot.

If you are a confident snorkeler, another option is to head to nearby Pasqyrave Beach (Mirror Beach). Its access is easier, and there is on-site parking. Get in the water from the beach, then follow the coast to the right for about 200m to reach Edon Bina. Halfway, you can explore the shallow surroundings of Pasqyrave Island.

On the beach, we are kindly disturbed by goats, who come to see if there is something to nibble on.

Get in the water directly from the beach, which is made up of sand and pebbles.

Snorkeling is good on both sides of the beach, along the rocks. Stay close to these, as the depth increases quite quickly as you move away from the shore.

The seabed is varied, offering small drop-offs, large pebbles, and stretches of sand. In places, the rocks are covered with red algae swayed by the waves. Black sponges are found here and there on the walls.

As often in Albania, the fish are quite small, apart from a few respectable-sized mullets. On the small pebble beds, you’ll have fun following the blennies and red mullet, sometimes encountering a small scorpionfish resting on the bottom.

Along the drop-offs, oxygenated by the waves, many ornate wrasse and rainbow wrasse can be spotted. Everywhere on the spot, the two-banded seabream, saddled seabream and damselfish abound.

There are generally no currents on this spot, which can however experience a little swell. The water is very clear.

Edon Bina beach has remained natural, with no facilities (no bar, umbrellas or beach beds). 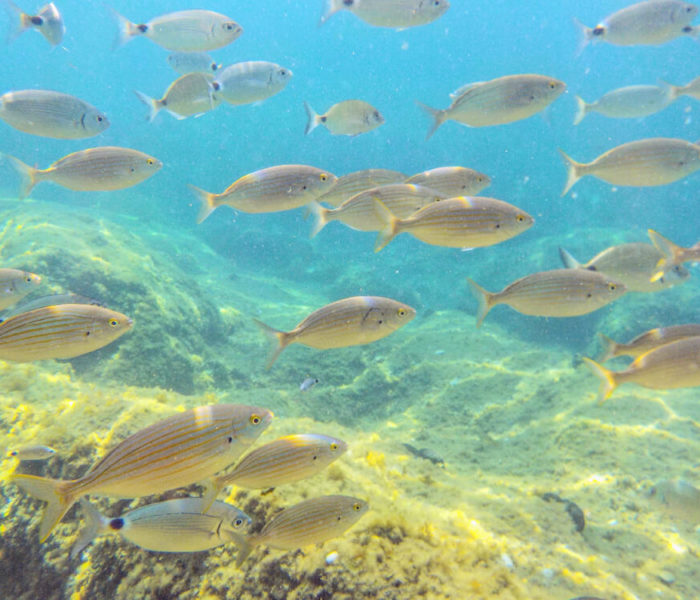 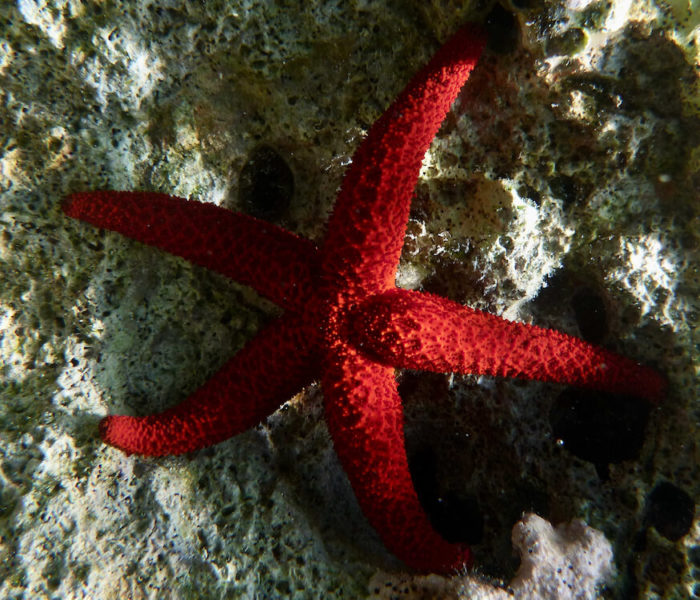 Small rocky bays with many fish 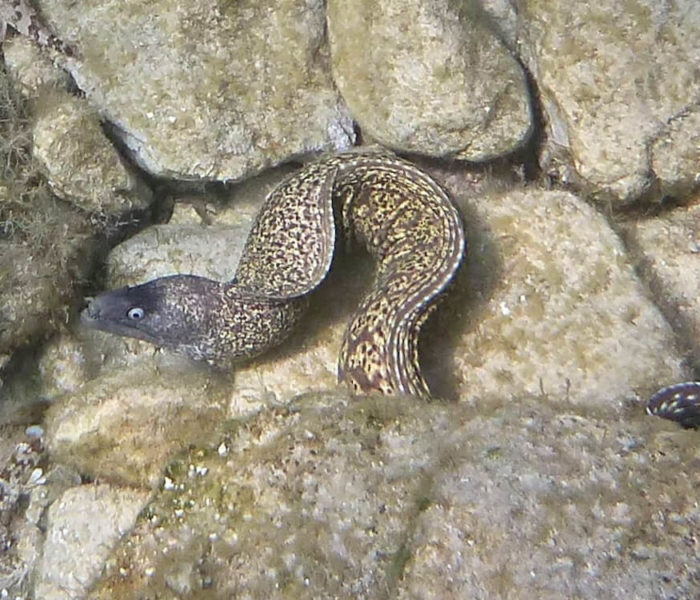 Small rocky bay with a great diversity of fish 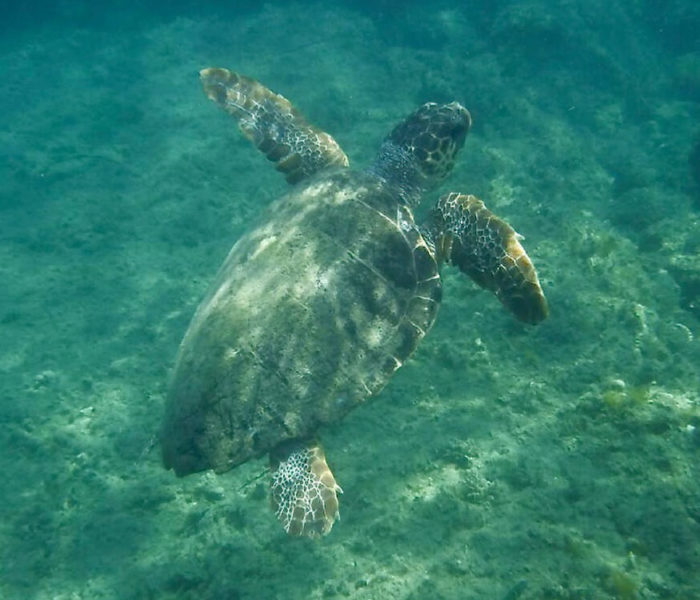 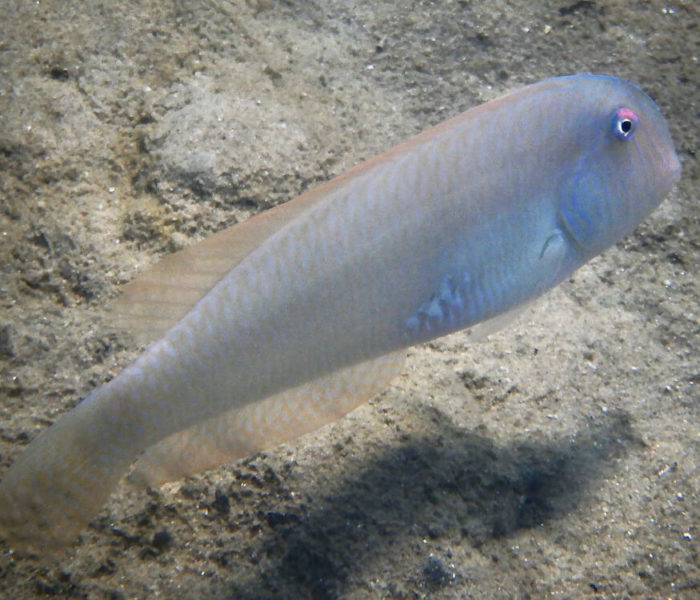 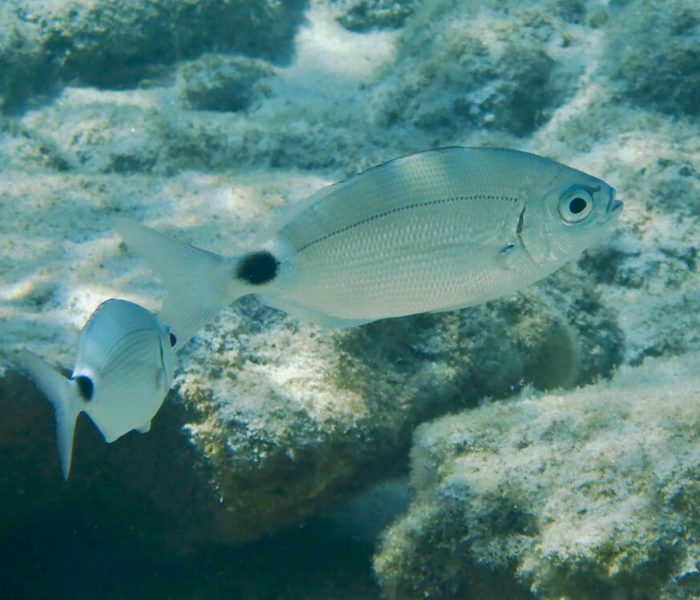 Rocky shore and islet with a diversity of fish

see all spots in Albania