Gordons Bay is one of the main snorkeling spots of the Bondi to Cogee Walk, the famous Sydney’s east coast path. In the cool waters of the bay, protected by a marine reserve, you can spot many New South Wales coastal fish, including the blue groper.

How to go snorkeling at Gordons Bay

Gordons Bay is a small bay in Sydney’s eastern coastal suburb. It is located on the Bondi to Cogee Walk, the coastal promenade which links for almost 6km the two famous beaches of Bondi and Cogee. If you prefer to get there by car, parking is available between Gordons Bay and Clovelly Beach, at the end of Clovelly Road.

By public transport, the nearest bus stop is Clovelly Road Terminus (location here), right next to the parking lot. From there, you will be a 5-minute walk from the recommended water entrance point (see below).

We advise you to enter the water from the access which has been marked in the rocks (location here), east of the bay.

It is located at the end of a small concrete path in the middle of the rocks.

Be careful because even if the access is quite easy, you will have to walk on slippery rocks to get into the water.

The other option to get into the water is to walk to the small beach, but you will have to walk almost 600m from the parking lot to reach it (with a very steep climb).

You can snorkel all over the bay, but we especially recommend that you follow the rocks on either sides of it. In the center of the bay, the depth is greater (↕6-8m) and the sandy bottoms less interesting.

Gordons Bay is a protected area, part of the Bronte-Coogee Aquatic Reserve. Spearfishing is prohibited here, so a great diversity of fish can be spotted. Patches of parore and small groups of red morwong swim around the seaweed, where damselfish and several wrasse species hide.

Near the large immersed boulders, many mados (which we recognize by their striped body) and Eastern pomfreds can be found. The blue groper, emblematic fish of the New South Wales coastal areas, can also be seen in the bay.

Gordons Bay is quite exposed and can experience rough seas. In this case, underwater visibility may be poor. Do not enter the water if there are waves in the bay.

There are several cafés around Clovelly Beach. The FoodWorks Clovelly supermarket is located 500m from the car park along Clovelly Road. 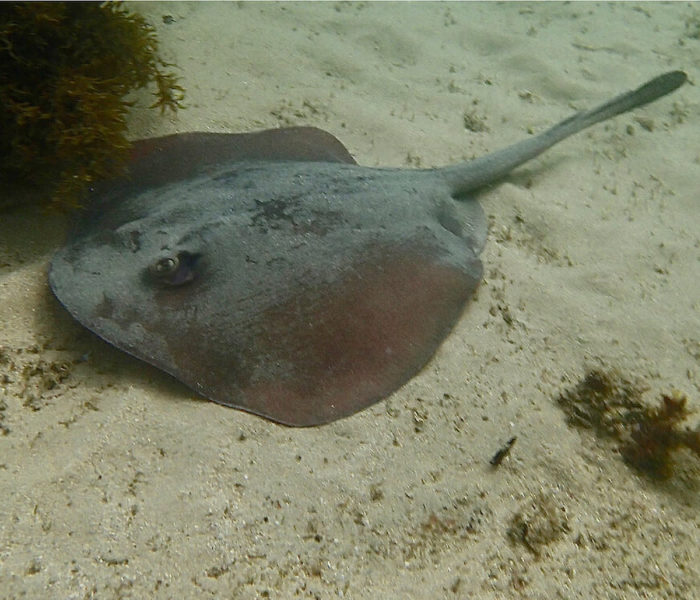 Rocky and grassy seabed with fish and stingrays 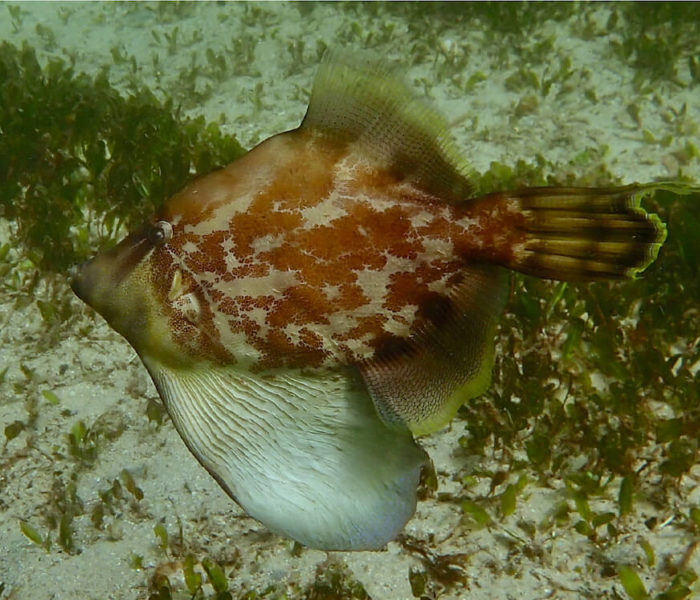 Marine reserve with sand, rocks and seagrass, and a great variety of fish 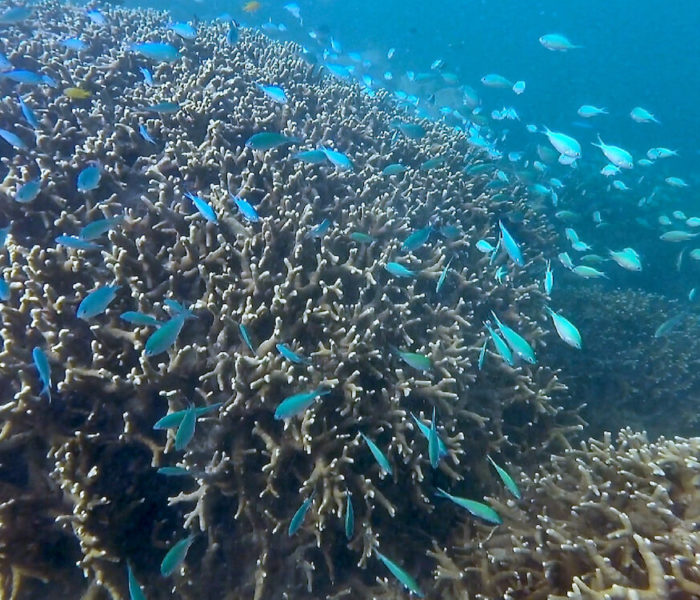 Deep crack in the lagoon with sharks, rays and turtles

see all spots in Sydney