Golden sand, luxuriant vegetation, palm trees hanging over the turquoise Caribbean Sea… The two small islands of Cayo Zapatilla, listed as a National Park, contain probably the most beautiful beaches of the Bocas del Toro archipelago. The water is partly sheltered by a barrier reef, and guarantees fine snorkeling, despite the occasionally strong current. This spot file deals with the island further south (Cayo Zapatilla Sur), the more sheltered and most popular spot.

How to get to Cayo Zapatilla snorkeling spot?

Cayo Zapatilla is a group of two islands at the eastern tip of the archipelago of Bocas del Toro and is only accessible by boat. Many agencies organise full-day tours from Isla Colon, often combined with stops at other snorkeling spots, as Cayo Coral, to see dolphins and sloths. The price is $30 to $40 per person, including admission to the National Park ($10 for adults), for a full-day tour. A large number of tour sellers can be find in the street (sometimes at discount prices), but you should opt for agencies with an office. It takes about thirty minutes (15mi/25km) by boat (known here as “lanchas”) from Bocas del Toro to reach Cayo Coral.

Getting into the water at Cayo Zapatilla

You will usually be dropped off on the landing stage to the east of the island. This is the northern limit of the spot. The prevailing current is sometimes strong, running from left to right as you are facing the sea. Get into the water near the landing stage so that you don’t have to swim against the current.

The area to explore stretches between the island’s main beach and the (partial) barrier reef about 200 yards from the shore. Keep your distance from the barrier, since the current is stronger as you get nearer to it, and there is a real risk of being carried out to sea. The spot includes two small islands (with a few palm trees) on the tip of the island.

When you leave the beach, you first cross a dozen or so meters of sea grass (where surgeonfish and jacks live) before coming across the first groups of coral (↕3-6ft/1-2m). You then follow the current (but without letting it control your movements) and make your way slowly to the islands. In this area, it is easy to see bluehead wrasse, several species of butterflyfish and, with a bit of luck, young gray angelfish. Try to spot the sea anemones with their blue-green colour, attached to the sea bed. But the real spectacle is to be seen when you arrive near the islands. The coral is thicker and better preserved. Around it circle large numbers of sergeant major fish, several species of damselfish and highly colourful Spanish hogfish. In the deepest areas (↕6-10ft/2-3m), impressive shoals of grunt come and go between the reefs.

Cayo Zapatilla, at the far east of the archipelago, is open onto the sea and is more subject to waves and currents than the other spots in the archipelago. Ask at the National Park office about conditions at the spot and follow your guide’s instructions. Because of the current, you should use swimfins. Other spots inside the archipelago (Cayo Coral or Barco Hundido) are better adapted to beginners and children.

There are no restaurants on the site. You will generally have the choice of taking your own picnic or having a meal during the stop at Cayo Coral (most excursions go there – $15 per dish), which is itself an interesting spot (see spot here). Some excursions include meals. In any case, ask your tour guide what is included in the price. At the least, bring water and snacks along with you, and take away trash (no trash cans on site). 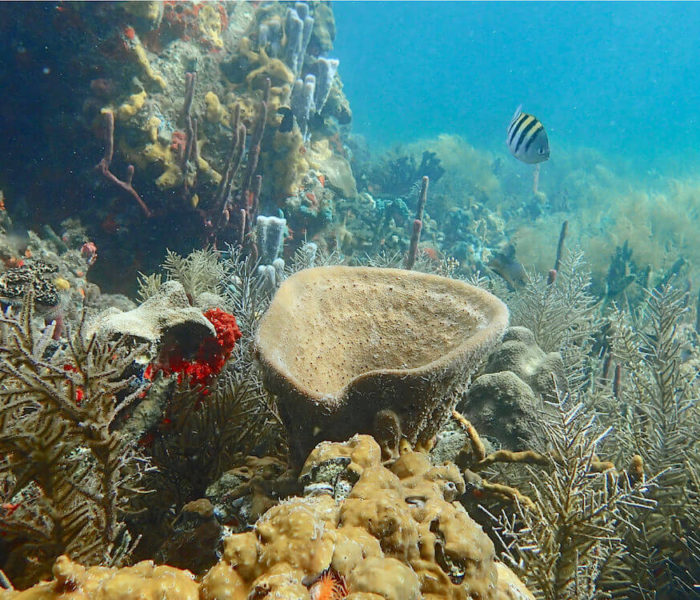 Coral and sponges reef with lots of fish 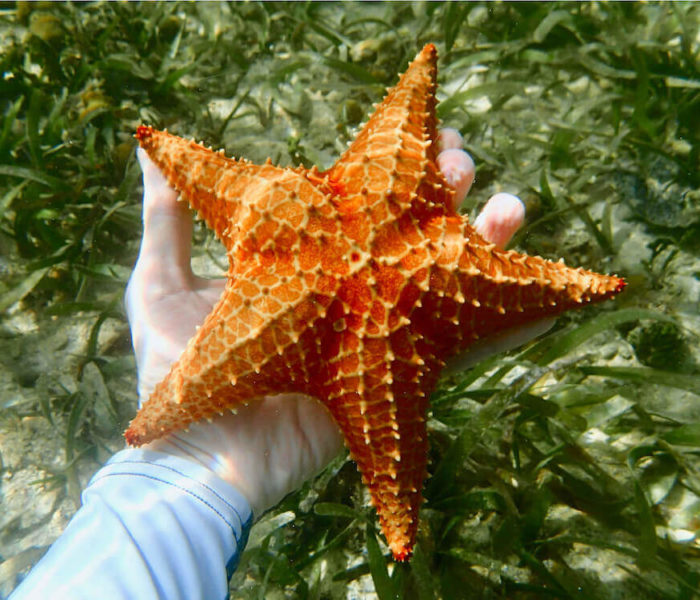 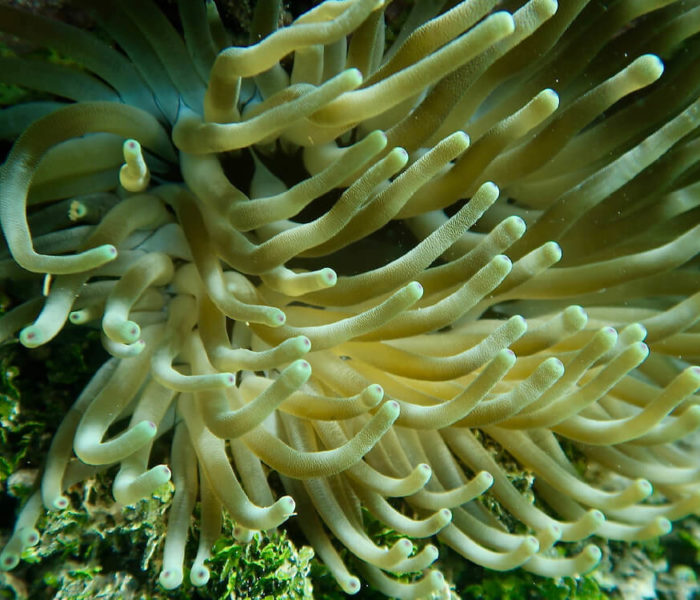 Mangrove and seagrass flats with sea stars and fish 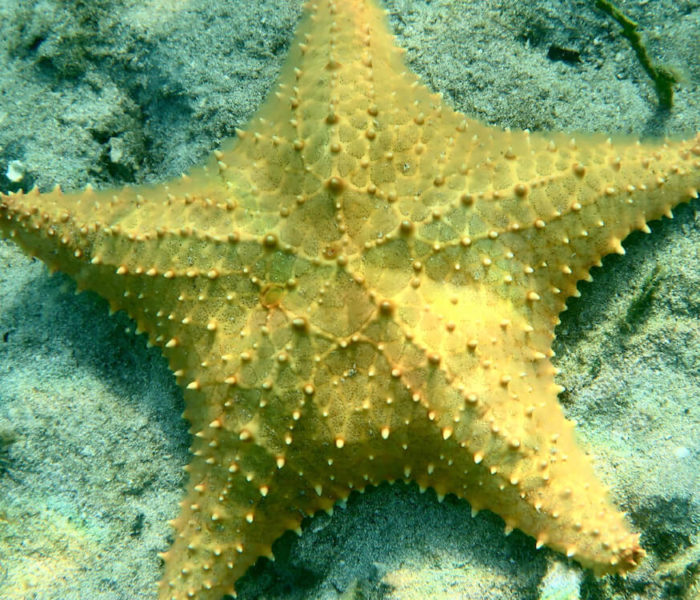 Sandy beach and mangrove with fish and sea stars 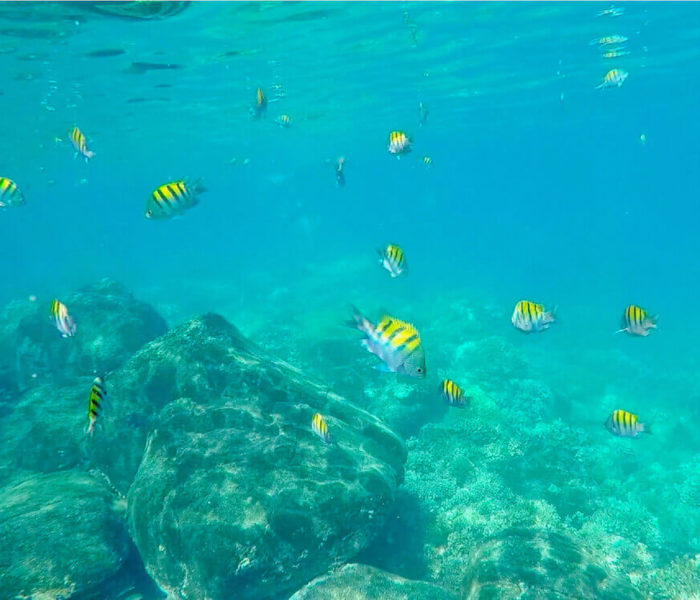 Rocks and coral reef with turtles and colorful fish 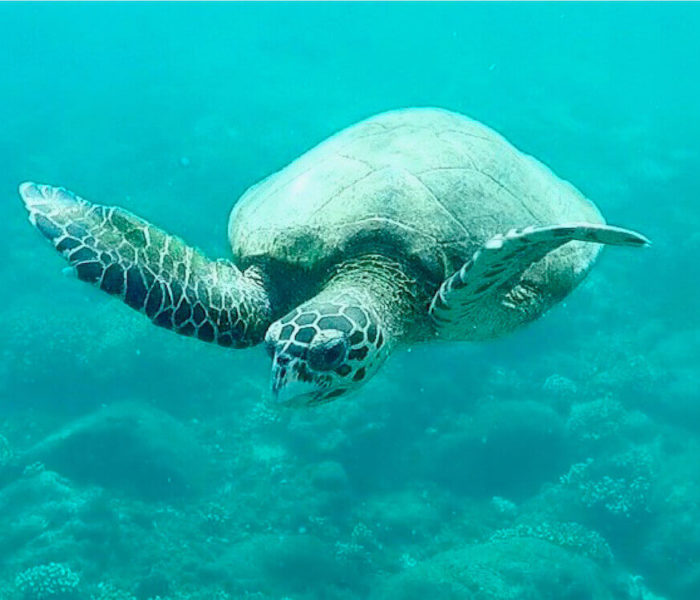 see all spots in Panama