Kisite Marine Park, located at the far south of the Kenyan coast, is undoubtedly the most beautiful snorkeling spot in the country. Its reef drop-off, healthy and colorful, offers a great underwater spectacle. During your snorkeling, you may spot clownfish nestled in their sea anemone, a turtle sleeping in a hollow of the reef, a stingray lurking in the sand, or superb angelfish gliding between the corals.

How to get to Kisite Marine Park snorkeling spot?

Kisite National Marine Park is located about 50km south of Diani. You will find in Diani many tour operators offering day boat trips in the Marine Park, usually including snorkeling at Kisite, dolphin watching near the coast, as well as lunch on Wasini Island. Some tours, like the traditional dhow excursion offered by Pili Pipa, offer two snorkeling stops on the reef.

Tours include transfer by minibus between your hotel in Diani and Shimoni, from where the boats depart (approximately a 1-hour drive). Tours cost around 90 to 120 USD pp., all inclusive for the day.

You will enter the water from a boat. Your guide will tell you when and where to get in the water. Due to the light current on the reef, you will usually be dropped off at one location and picked up at another.

The snorkeling area you’ll be taken to is located near Kisite Island. It stretches all along the north face of the reef that edges the island. To the west, the reef ends near a sandbank that emerges only at low tide, and on which excursionists are sometimes dropped off.

Once in the water, you will snorkel along the reef following the direction of the current, generally barely perceptible. The flat, on which the water level varies from 1 to 10ft/0.5 to 3m, ends by falling abruptly on sandy bottoms (↕20-30ft/6-10m).

The coral is probably one of the richest and healthiest in Kenya. Hard and soft corals, in various shapes and colors, intermingle to form a magical underwater landscape.

Exploring the reef, you will alternately spot schools of hundreds of chromis, small groups of blackspotted rubberlips, huge groupers resting on the bottom, and sometimes an emperor angelfish or a goldtail angelfish wandering on the reef

In total, there are hundreds of species of reef fish that you could potentially encounter here, including ten species of wrasse, almost as many butterflyfish, and various damselfish.

On the sandy bottoms at the foot of the reef, look for small bluespotted stingrays, whose only eyes are generally visible. Your guide will certainly show them to you. Green sea turtles are quite common here, but they are not seen on every trip.

Here as elsewhere, the corals suffer from intense tourist frequentation. Do not touch them, and be careful not to break them with your fins.

Most tours include lunch at one of the Wasini Island restaurants. Inquire when you book. 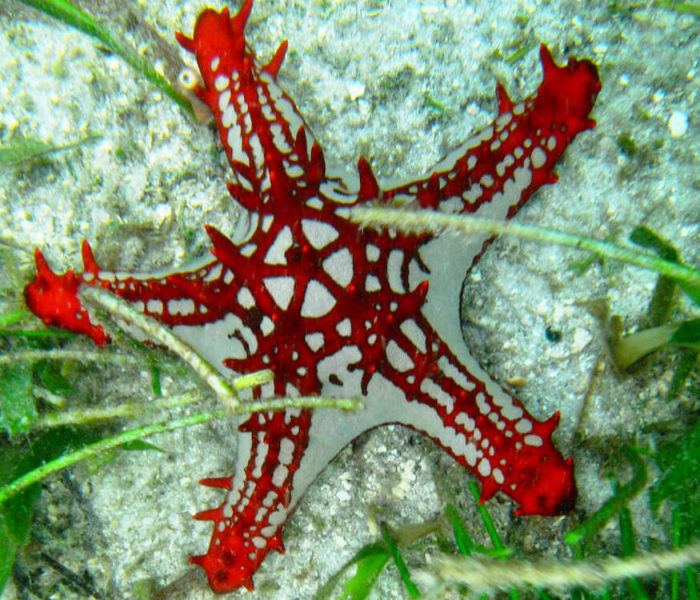 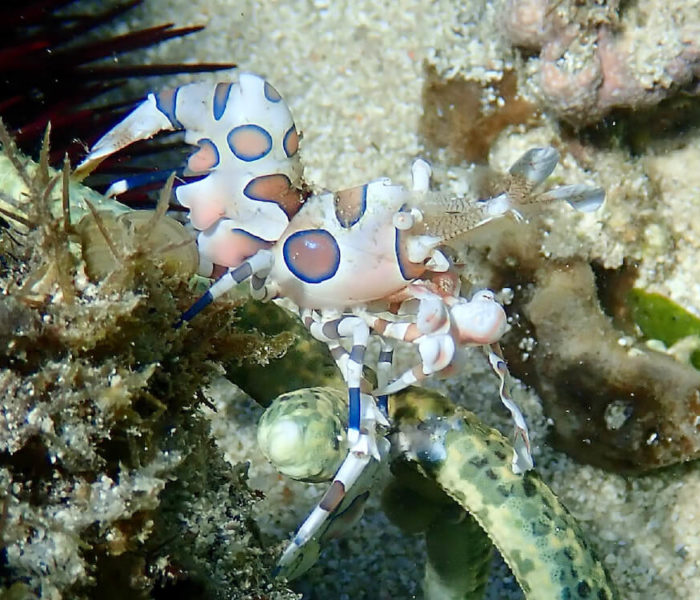 Shallow lagoon with many fish and echinoderms 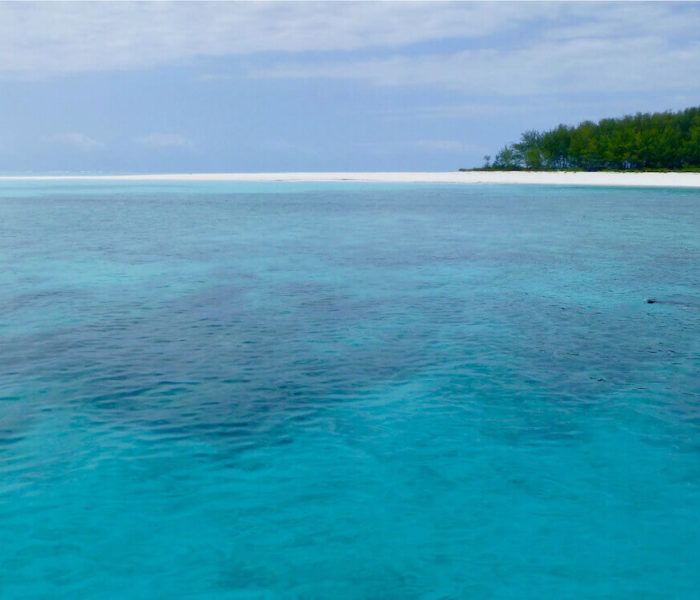 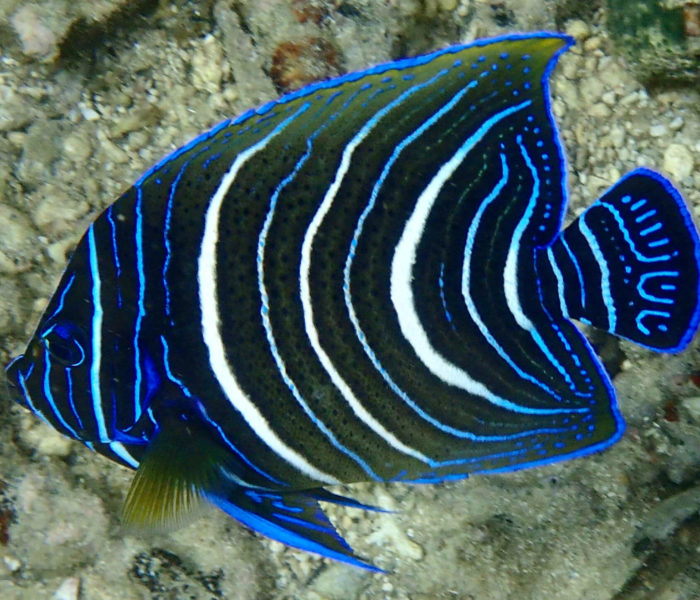 House reef with a great diversity of tropical fish